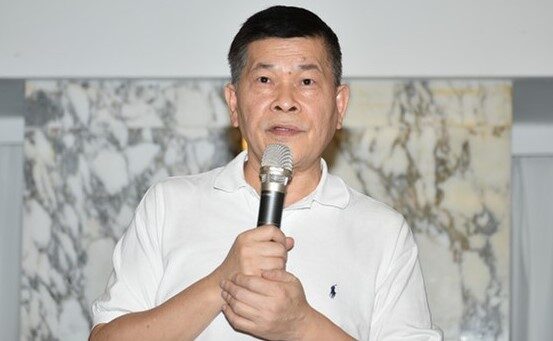 He said, “It’s a situation I need to face. I announce that I am already bankrupt. Whatever debt rumours out there, it’s all true.”

Earlier, Peng was rumoured that he almost committed suicide due to a debt collector in black, but he denied back then.

At the press conference, he revealed that his debts had snowballed into NT$240 million, and was now reduced to NT$120 million after he sold his property.

He also disclosed that his bank savings had only NT$500. “Even if I were to borrow only NT$100, it will be difficult. Everyone is afraid of me.”

When asked if he had borrowed money from underground banks or loan sharks, he paused before replying, “Yes, if not there is no way I can overcome it. This is one of the reasons why the debts snowballed.”

Peng revealed that his financial woes started 2 years ago. He almost had NT$40 million investment in 2009, but it did not materialise. His debt situation got worse during the Covid-19 pandemic.

Initially, his family was helping with his financial debts. As the debts snowballed until he can handle, he had no choice but to face the situation. He hopes that his creditors would stop chasing him for money first, and negotiate with him.

“This is my personal mistake. Because I was too naive, I thought that my work can help. An artiste’s thoughts are more naive. I have to wake up from my dream, and it’s time to face reality. I will not shun away, or run away. I will face the music.”