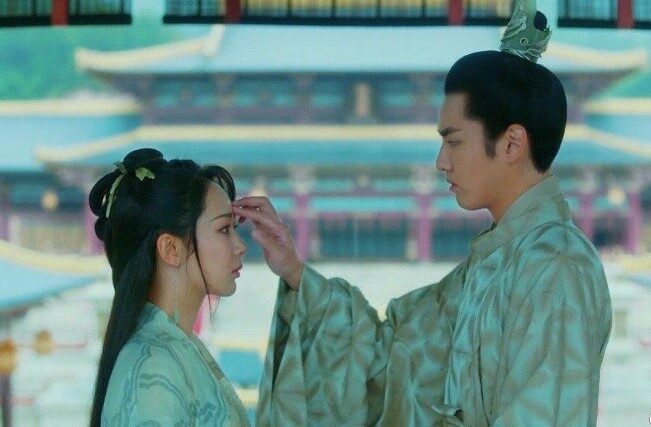 Yang Zi and Kris Wu‘s new drama, ‘The Golden Hairpin’ (青簪行) has caused controversy among their fans since they started filming last year.

First, fans of both camps were concerned about top billing issue. It matters to the stars, as this will determine who plays the lead role.

Even the production house is careful about who to name first when they announce the cast. In the news release, they specifically stated “order is in accordance to the pinyin.”

The official drama page also did not list the names of the stars, and instead said, “We welcome the two actors who are born on the same month and same day, to join Golden Hairpin and embark on the journey together.”

There are also rumours saying that Yang Zi and Kris have got “Yin Yang scripts”, referring to different versions of scripts. Based on the original novel, ‘The Golden Hairpin’ centres on the role of the female character. However, as this is Kris’ first drama, some of Yang Zi’s screen time reportedly has been allotted to him.

Yang Zi completed her filming in July this year, but Kris only completed his filming a month later. Rumours also said that Kris is likely to lead the sequel, and Yang Zi would reduce to become supporting character.

When rumours were rile, Yang Zi responded candidly, ” Many issues which have been mutually agreed have become problems again….. I believe that the production team will abide by the spirit of contract and properly follow-up on the issues.”

In June, when the official poster was out, it became a controversy again. Fans of both camps started to debate on who had the most prominent standing by analysing their positions in the posters, and how their names were being written.

In a recent interview, reporters also sensed hostility between Yang Zi and Kris. When asked on a question, Kris looked at Yang Zi and said, “You go first.” Yang Zi replied in a sarcastic manner, “So, I go first for this?”

However, both Yang Zi and Kris have dismissed the rumours and said they are on very good terms.

Kris said, “My relationship with Yang Zi is very good. We are already god brother and sister.”