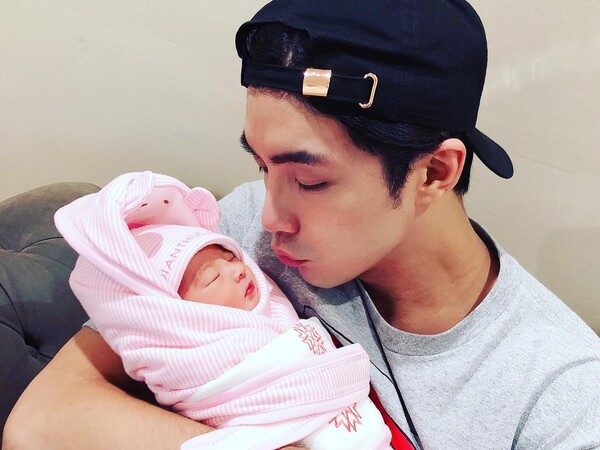 Taiwanese actor, Mike He announced the birth of his second daughter today.

He shared the joyous news on his Facebook today. “Daddy’s second lover from the past life! Welcome to the world. Daddy’s second princess.”

Mike shockingly announced the marriage with non-celebrity girlfriend in 2017. The couple has a 3-year-old daughter currently.

Through his manager, Mike said, “The second daughter weighs 2400 grams, and is now 2500 grams. Why I choose to announce today is because today is Valentine’s Day, and I want to share my happiness with my loyal fans. We have not decided on the name yet, but we will call her Bao Jie, as our daughter always calls her Bao Jie.”

Mike is known to keep his personal life private. He only talked about his wife when he announced their marriage. He shared that his wife was his first love, and they had an on-off relationship. They finally got married after 13 years.

Many fans are shocked by the birth of his second daughter, as his announcement is sudden, and there is no news of his wife’s pregnancy.

This article is written for Asianpopnews.com. Reproduction or reposting this article on other websites is STRICTLY prohibited