Stanley Huang in a new romance 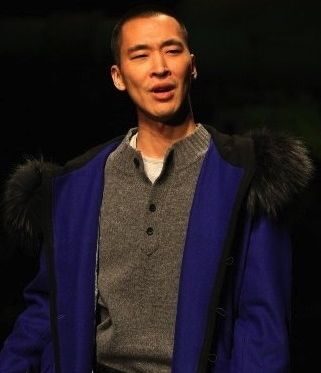 Taiwanese tabloids reported that Stanley Huang was currently dating a woman 14 years younger than him.

Earlier, Stanley was rumoured to have secretly married China actress, Xu Jinglei (徐靜蕾). Stanley had dismissed the rumours and even said that the false reports would affect his chances of knowing new women.

In October, the former L.A. Boyz member was spotted dating a petite and young woman for a meal and a movie. Stanley allegedly was memorised by the woman and was beaming throughout the date. After the movie, the couple reportedly went to a park and chatted through the evening before returning to Stanley’s apartment.

The woman was said to have spend the night at Stanley’s place and was seen walking into Stanley’s apartment the next evening too.

The identity of the young woman was exposed by the media recently. Li Yuanrong (李苑溶), nicknamed as Duan Duan (短短) is a member of a girl group, Xiao Shuang De <小隻的> which was scouted by Taiwanese host Mickey Huang (黃子佼).

After the reports surfaced, Mickey had grilled Duan Duan but she remained silent about her relationship with Stanley.

Duan Duan wrote on her Facebook yesterday, “Do not ask me anymore, can you?”

Regarding the rumours, Stanley’s manager expressed that both parties were single and they would not interfere in the private life of the artiste.