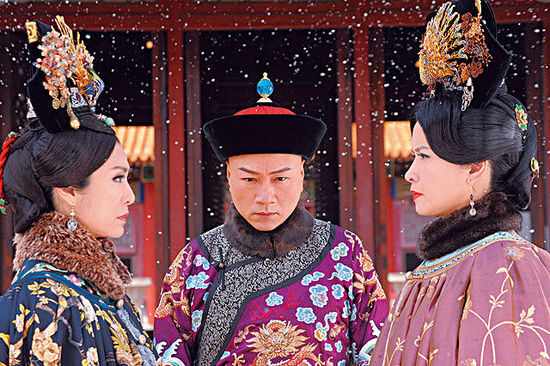 Touted as the anniversary drama of the year, The Confidant did not disappoint its audience. The ratings of its 2-episode premier airing opened at 33 points and peaked at 35 points, attracting an estimated of 2.24 million viewers.

The Confidant tops the ratings chart for TVB 2-episode drama airing this year and beats another anniversary drama, Silver Spoon, Sterling Shackles, which only managed to pull in an average of 30 points ratings in its premier.

Producer Marco Law (羅永賢) was delighted with the ratings and said that The Confidant could only sell on its story line, unlike Silver Spoon, Sterling Shackles which sell on its intimate scenes.

Acting as a villain eunuch, Power Chan (陳國邦) stole the limelight in the premier. In the drama, Power was unscrupulous towards fellow eunuch Raymond Wong (黃浩然) and palace maid Nancy Wu (胡定欣), and even beat up Nancy which caused her miscarriage.

After the drama was aired, many viewers thought that Power had chance to win the ‘Best Supporting Actor’ in the coming TVB Anniversary Awards.

Asked about his confidence of winning the award, Power said, “I am currently focusing on my job. It doesn’t matter if I win the award or not. I will leave it to fate.”