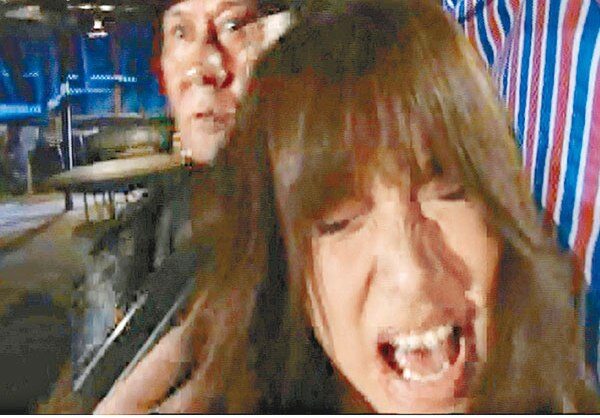 Shedding her sophisticated image, Kate Tsui (徐子珊) plays a tragic character in “Highs and Lows” . Portraying a drug addict, Kate will be gang raped and eventually pushing her to become a drug queen.

Kate’s breakout role as a rape victim, drug addict and drug dealer has already given her an edge in the upcoming TVB Anniversary Awards. After Kate’s raping scenes were featured, it has already generated a lot of attention on her.

In the drama, Kate was injected drugs by Lee Ka Ding (李家鼎) while trying to save her brother. She was then gang raped by Ka Ding and his men. In another scene, Kate had a one night affair with Ben Wong (黃智賢) after she transformed into a drug dealer. Kate even had to bare her back to play the convincing role!

Too immersed in her role, Kate was in a depressing state of mind during the filming of the drama. “I was too engaged in the character and my emotions fluctuated a lot!”