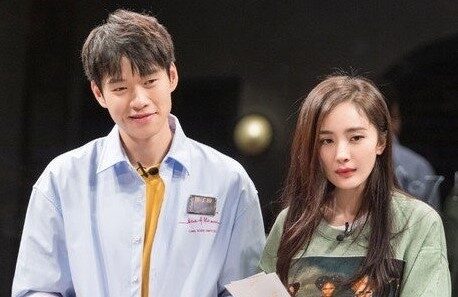 Chinese tabloids recently took photos of Yang Mi and rumoured boyfriend Wei Daxun appearing in the same district, and suspecting if the duo are living together.

Yang Mi and Hawick Lau announced their divorce in 2018. After resuming her single status, Yang Mi has been linked to Wei Daxun, who is 3 years her junior. Although the couple has never admitted to their relationship, fans are very certain that they are dating.

Recently, the paparazzi noticed that Yang Mi walked out from a carpark in an apartment building in Hengdian. Shortly after she left, Wei Daxun also walked out from the same building. The pair were wearing matching blue attire.

The media speculated that the couple could be living together.