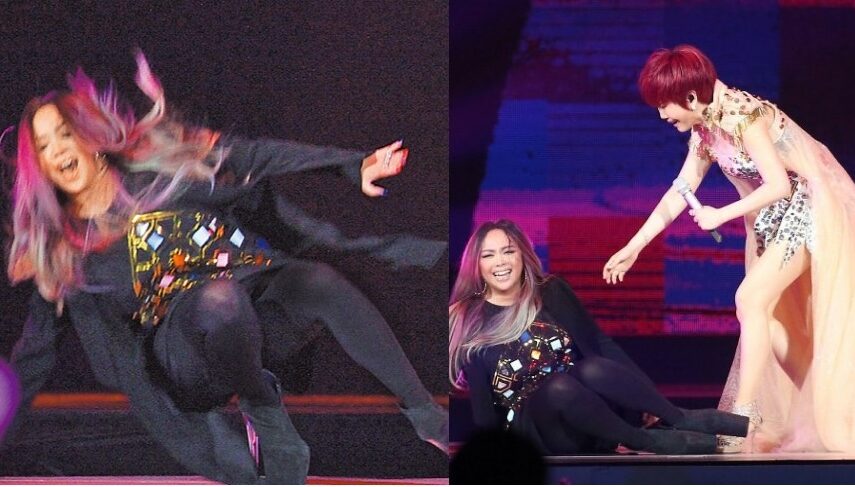 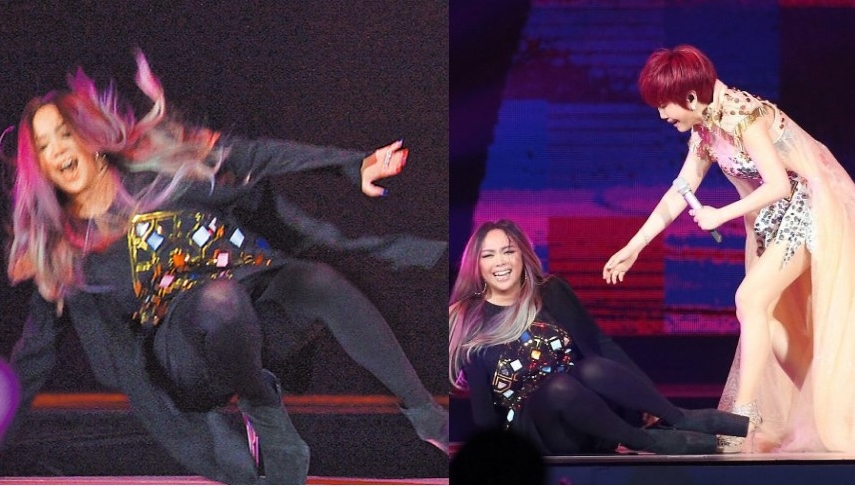 Yesterday, A-Mei fell on the stage right in front of thousands of audience at Jody Chiang’s concert.

The 43-year-old aboriginal Taiwanese pop singer was invited as a guest singer at Jody’s concert. During a performance of a fast track, A-Mei slipped and landed on her bum as she was wearing an 8-inch high heels.

Although the audience were all shocked, A-Mei on the other hand, laughed uncontrollably at her fall. She was immediately helped by Jody after she fell down.

A-Mei also poked fun at herself, “I have sung more than 500 shows, and have not fallen once. Actually, I arranged it. I have to steal the show at the final concert.”

A-Mei also laughed and said she believed her stage tumble video and photos would be circulated on the web. She said, “Can you all please circulate nicer photos?” 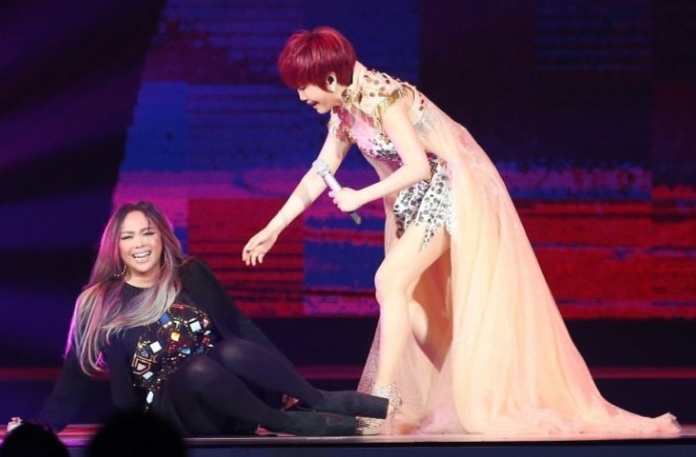 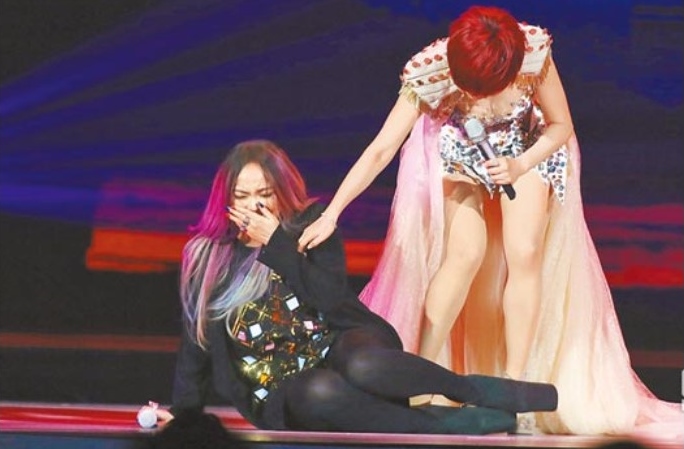