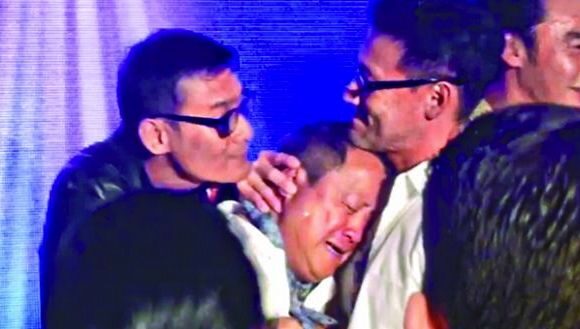 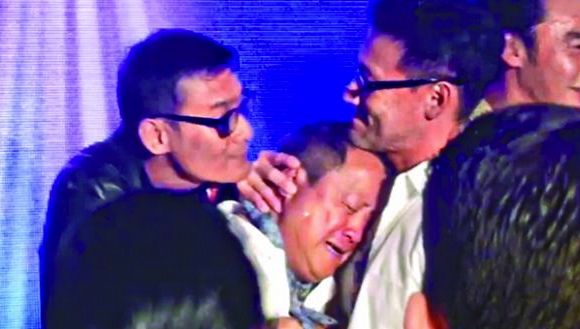 Veteran actress, Connie Chan Po-chu also came in to congratulate Eric’s 60th birthday. Known for his alcohol indulgence, Eric curbed his drinking in front of Connie. Eric only started drinking after Connie had left, and he then led his guests, Jacky, Tony, Chingmy, Michael, Alex To, Michael Tse and etc up on stage for a karaoke session.

A heavily intoxicated Eric started hurling profanity in a song, “X your mother, X you!”

The group then chipped in and sang along, “X your mother, X you!” 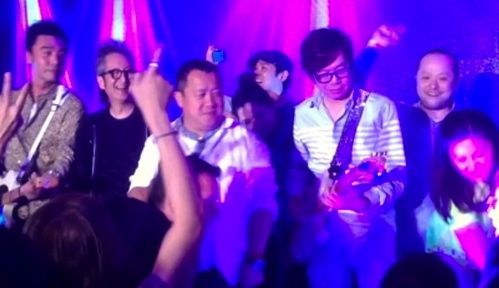 Even Charmaine Sheh who was off the stage was not spared. Eric said, “I ask you [Charmaine] to come on stage to sing and you refuse. You are really a X, X your mother!”

After the song, Eric was so emotional that he broke in tears. He then rested on Jacky’s chest and cried with Tony hugging him from the back.  Michael then asked Eric, “You look like you have something to say?”

All the guests cheered with applause and all broke into laughter.

A tipsy Tony could not stand properly and had to be supported by people walking down the stage. He further embarrassed himself by throwing up a big bag of mess.

Besides drinking, many celebrities guests were also indulging in heavy smoking. The guests have indeed let their hair down and went wild at the Disneyland! 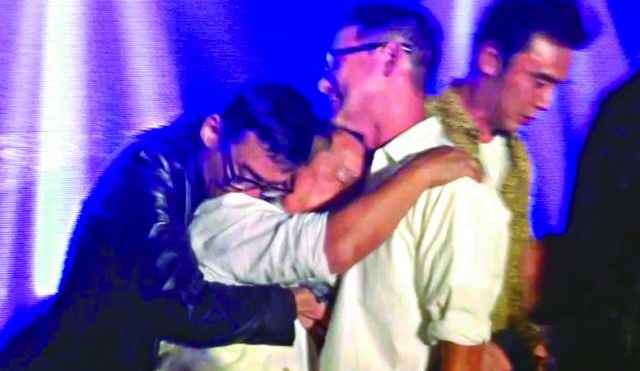