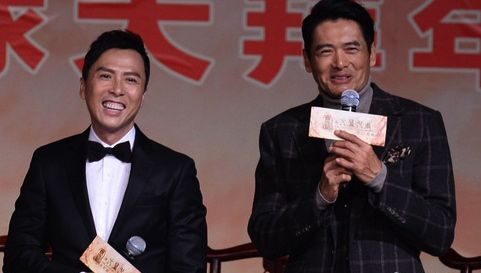 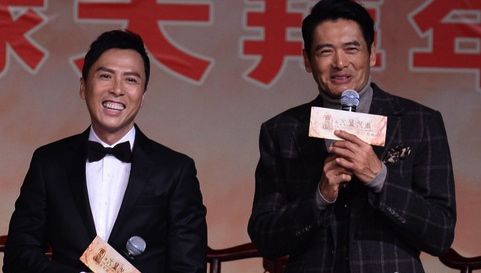 In this fantasy film, Fat Gor plays the role of Jade Emperor, whereas Donnie acts as The Monkey King. Besides praising Donnie as the “universe’s strongest and most beautiful Monkey King”, Fat Gor also complained about his bad temper on stage.

Fat Gor said jokingly about his co-star, “It took a few hours to do the special makeup on Donnie. After makeup, he had to fight. Even if he had no fighting scenes, he had to teach others how to fight. Sometimes, he could not control his temper. It was a torture for him this time. His temper would be better after he has enough rest.”

Donnie could not contain his laughter and retaliated Fat Gor. “Since he is so humourous, I need to respond him with two sentences.  Because Fat Gor is so expensive, his every shot is so precious. What’s more his wife was always around, watching me and Aaron.”

Seeing that his co-stars were ‘exchanging blows’, Aaron helped to ease their ‘tension’. Aaron said, “Donnie was throwing temper at himself. He seldom flared up on others. He had a tough time filming as he had to act and took on the role of the arts director as well.” 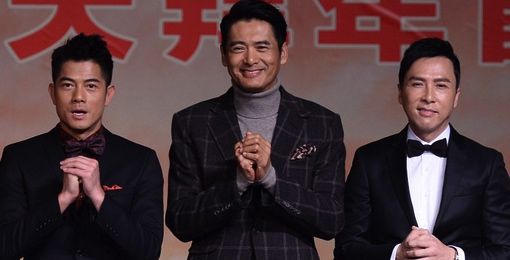 Donnie later clarified that they were all joking on the stage. Asked about Fat Gor’s comment that he had a bad temper, Donnie said, “He was only joking. I am not offended at all. (Was it because you had high demands?) I always have high demands.”

Commenting about his joke that Fat Gor had a high fee, Donnie said, “It’s not about money. It’s not easy to invite him.”