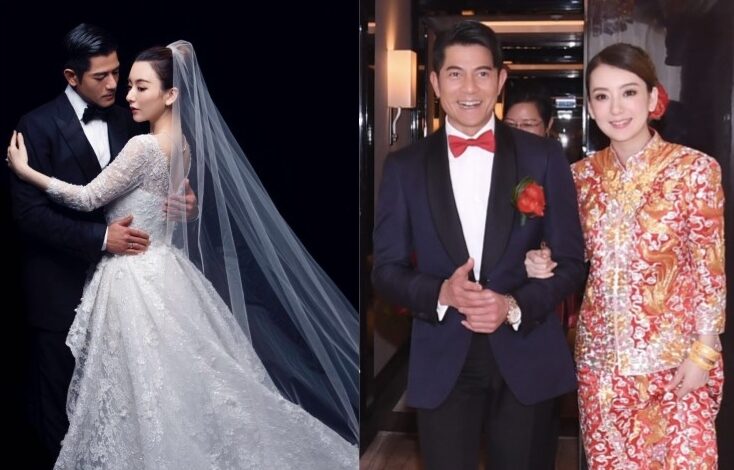 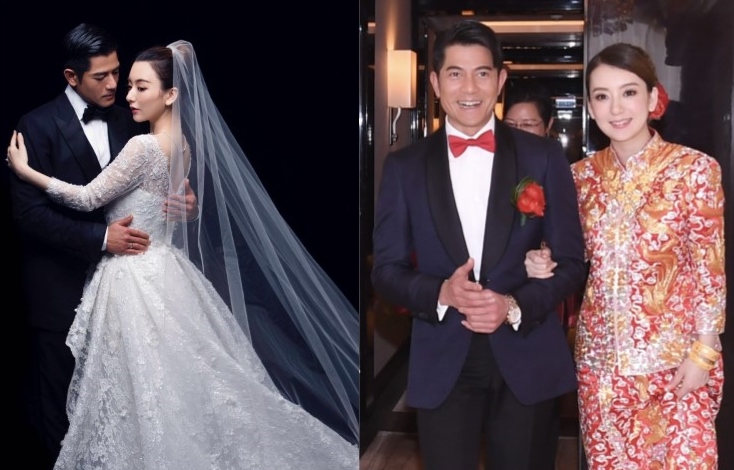 Moka Fang let the cat out of the bag yesterday morning when she posted a pair of Roger Vivier red shoes on her Instagram, which led to speculations that it could be her bridal shoes.

Moka and Aaron Kwok filed a notice of intended marriage last month. Yesterday, he held a low-key 10-table wedding banquet at the The Peninsula Hong Kong.

Among the celebrity friends invited were Chilam Cheung and wife Anita Yuen, choreographer Sunny Wong and Sham Kar Wai and wife Chingmy Yau. To keep his wedding low-profile, the 51-year-old heavenly king requested his guests not to take any photos. Reporters were banned from entering the wedding venue.

In the evening, Aaron’s agency released his pre-wedding picture to let his fans have a glimpse of his big day. The pre-wedding photo was themed Let’s Dance, and taken by renowned filmmaker and photographer Wing Shya. The Internet also leaked a few photos of the couple’s Chinese ceremony in the morning. 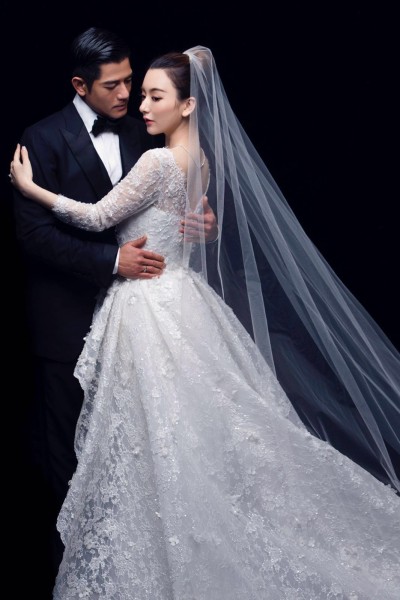 Aaron and Moka did not meet the press, and Aaron’s manager Siu Mei represented the couple to greet the reporters. Moka is widely rumoured to be 2 months’ pregnant.

When asked about Moka’s pregnancy rumours, Siu Mei said, “I did not ask. He will let me know when the time comes. If I really know that god has given him a gift, I will let you know. (Is it because it has not passed the 3 months?) I really don’t know! (Did Aaron’s mother ask them to work hard on making babies?) During the tea ceremony, she did wish them a blissful marriage, and asked them to work hard to carry on the family line.” 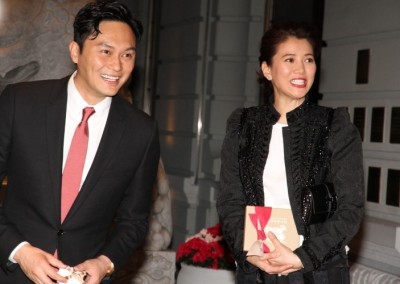 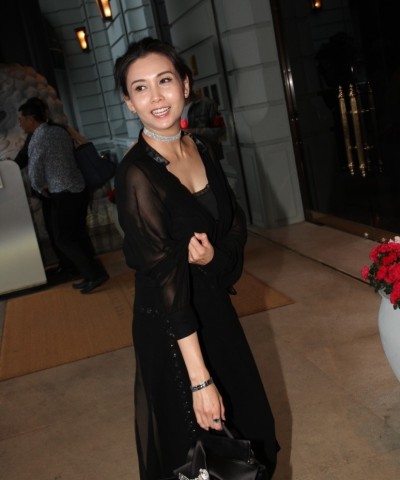 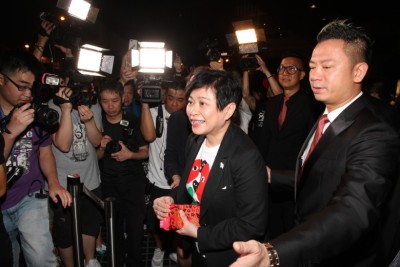 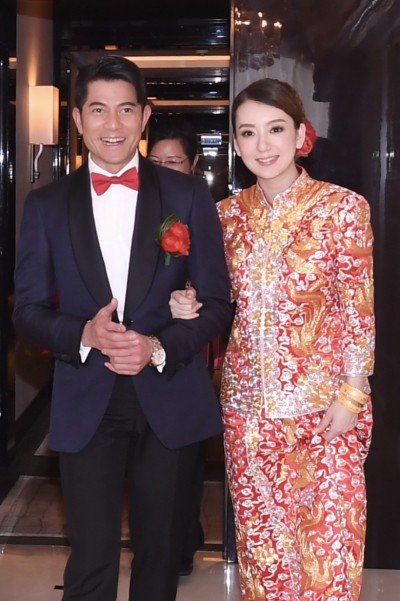 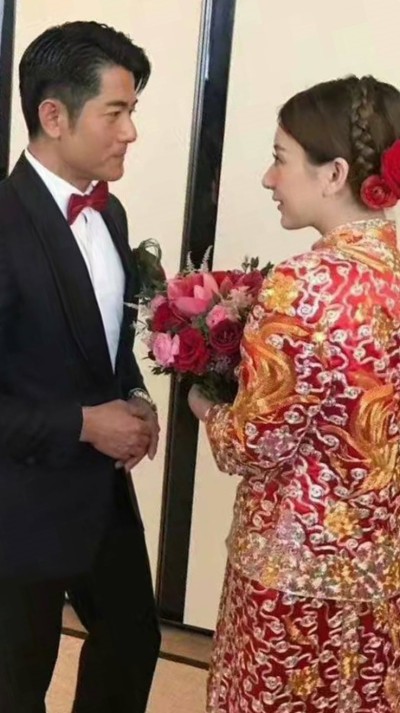