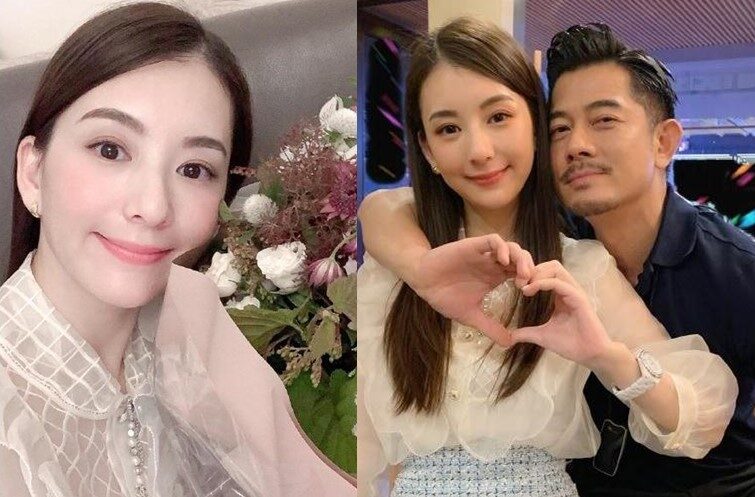 Aaron Kwok’s wife, Moka Fang was embroiled in rumours that she was part of a “pickup artist training camp” for women who wanted to marry celeb husbands.

The rumours started after Will Pan announced his marriage to Chinese air stewardess, Luna. Rumours have been circulating on the web that Will’s wife, Luna and Aaron’s wife, Moka were trained and groomed by their mentor, Amy to marry rich celeb husbands.

While Will has issued a legal statement to dismiss the rumours, heavenly king Aaron Kwok remains silent. However, curious netizens actually asked Moka on her Weibo, “Are the rumours on the web real?”

Moka responded with a picture that said, “Rumours. Keep calim and do not follow rumours blindly. The rumours will collapse on their own.”

On her 33rd birthday, Moka also posted loving photos with Aaron, to prove that their marriage is unaffected by the rumours.