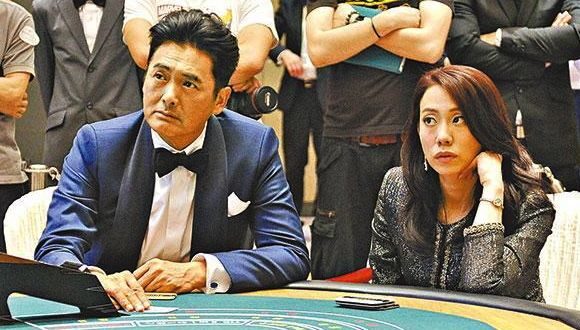 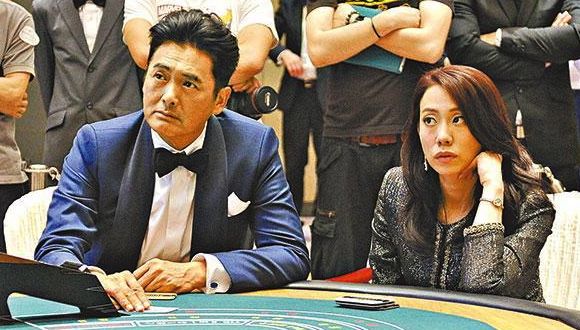 Recently, a sneak preview of his latest image was captured while he was filming the new film. The 58-year-old was still charming as ever, wearing a tight fitting navy blue tuxedo and a sleek hairstyle. Pairing up with him is Taiwanese actress, Annie Wu who will be playing his secretary in the film.

The pair was filming for a scene in which Fat Gor was ogling the girls in the casino. A jealous Annie then took off her jacket and revealed her voluptuous figure.

In view of Annie’s revealing dress, a humorous Fat Gor said, “Do not catch a cold, [they] will sag (referring to her breasts).”

Fat Gor also said to producer, Andrew Liu jokingly, “If I know that there is this scene this morning, I will ask her to take a vaccine yesterday.”

Despite his age, Fat Gor appears to steal the limelight from Nicholas Tse and was even praised to be more handsome than him.

Upon hearing that, a humble Fat Gor said, “He [Nicholas Tse] doesn’t have to do anything and will still look handsome!”

From Vegas to Macau is expected to release during the Chinese new year in 2014. 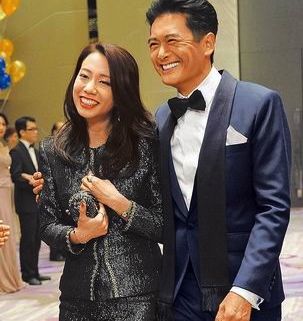