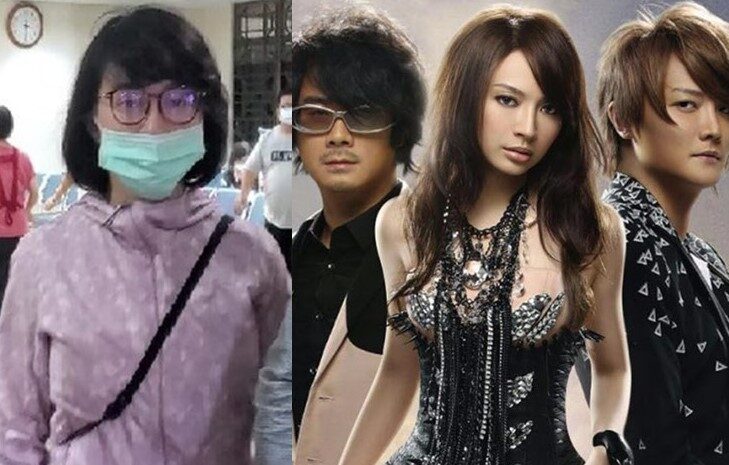 F.I.R. former lead vocal Faye and her mentor Ian Chen have fallen out. Both parties were embroiled in a legal case over forged documents and reputation damage.

Yesterday, Faye appeared in court with her lawyer and manager. After the court hearing, Faye angrily stormed out and complained to her lawyer that her signature was forged, and demanded a signature verification.

A stark contrast to her glamorous image, Faye did not dress up, and came with glasses. She was also spotted to be putting on weight, and was almost unrecognizable.

When reporters went up to her, she refused to respond, and used her hands to cover her face.

Faye was poached by her mentor, Ian Chen, and they together with guitarist, Real Huang formed F.I.R. They are well known throughout Asia after their hit song ‘Lydia’.

Faye and Ian reportedly fell out a few months ago. Reports said that Faye had doubts that if her signatures were forged on some documents, and hence sue her mentor Ian. Ian, on the other hand, counter-sues Faye for damaging his reputation.