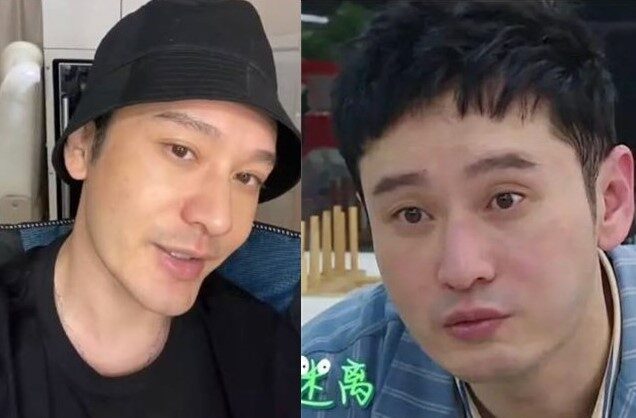 Huang Xiaoming recently participated in China’s reality show, ‘Chinese Restaurant’ (中餐廳), and a screengrab of him shocked the netizens.

Filmed under the hot weather, Xiaoming’s makeup melted, and his appearance was so different from his usual suave look. His eyebrows became thinner, and his eyes appeared to be smaller. Even his cheeks were swollen than before.

In view of the criticisms on his appearance, Xiaoming filmed a short video clip on Weibo, showing his bareface.

He said, “After ‘Chinese Restaurant’ was aired, many netizens asked how do I look like without makeup. This is how I look. You have seen for 20 years. Please continue to make do with it.”

He also pinched his nose, hinting that his nose is natural and he did not go under the knife.