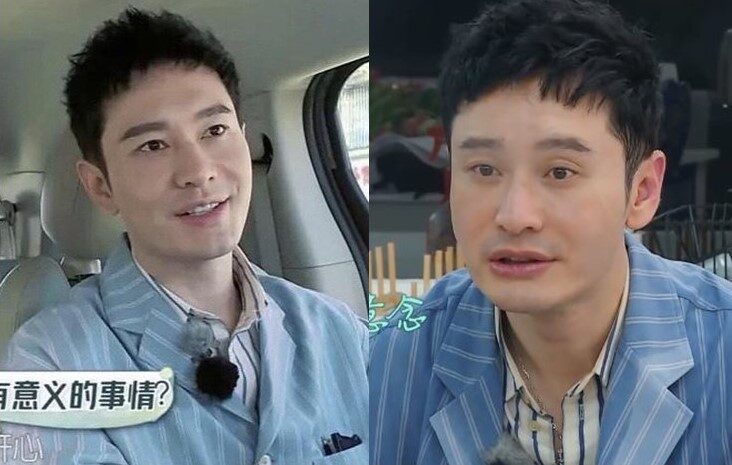 In the latest episode, he was helping the other guests with their luggage, and had to carry the luggage walking up the stairs. As the show was filmed under hot weather, Xiaoming perspired and was walking breathless up and down the stairs.

When it was meal time, Xiaoming was already too tired to even talk, and focused on eating. Due to the hot sun, his makeup melted, and when he looked up, he suddenly became another person. His eyebrows became thinner, no longer had a sharp face, and even his eyes appeared to be smaller.

Many netizens were shocked by Xiaoming’s actual appearance, and some said that he had become a “uncle”.

However, there are other netizens who praised Xiaoming for being a gentleman, helping the guests with their luggage.