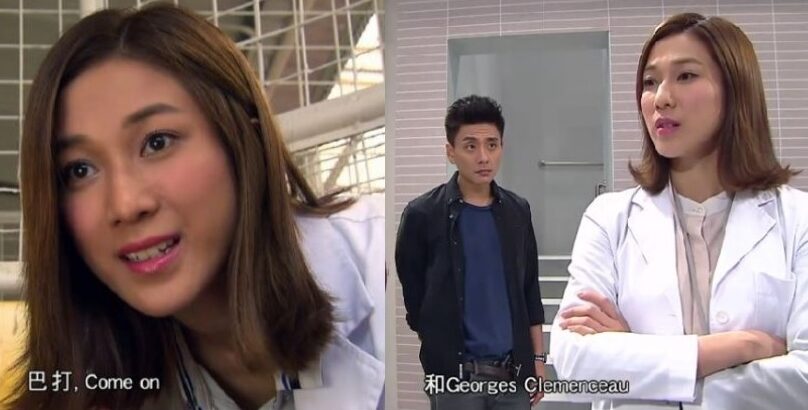 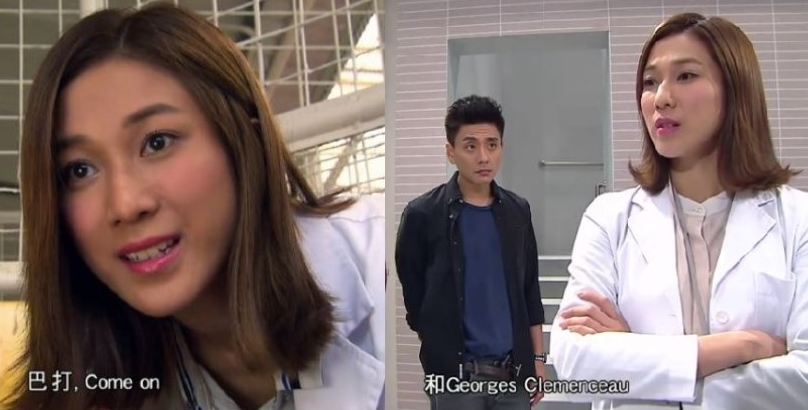 In the drama, Linda portrays a veterinarian at the Agriculture, Fisheries and Conservation Department, and she has many scenes with a police dog, Bah-da. Linda spoke many English phrases to the dog, such as, “Come on”, “Good boy”, “No”, and even “So proud of you.”

Many netizens remarked that Linda’s repeated phrases of “Come on” and “No” were annoying.

Besides dog, Linda also spoke English phrases in other scenes as well. In one scene with Bosco Wong, she named three historic figures, “David Loyd George”, “Thomas Woodrow Wilson” and “Georges Clemenceau” and asked him if he had reflected on himself through these three great men. She then snapped him with a reply, “I suppose not.”

Some netizens commented that although Linda spoke fluent English, it was strange listening to her English phrases in the drama. One said, “It was so tiring listening to her. I felt like skipping her part when I heard it.”

One said, “It’s so annoying listening to good boy, good boy all the time,” and one even said, “Dog can only understand English?”

However, some netizens also defended Linda, saying that her English usage was suitable for the role, as she played a veterinarian who graduated from United States.