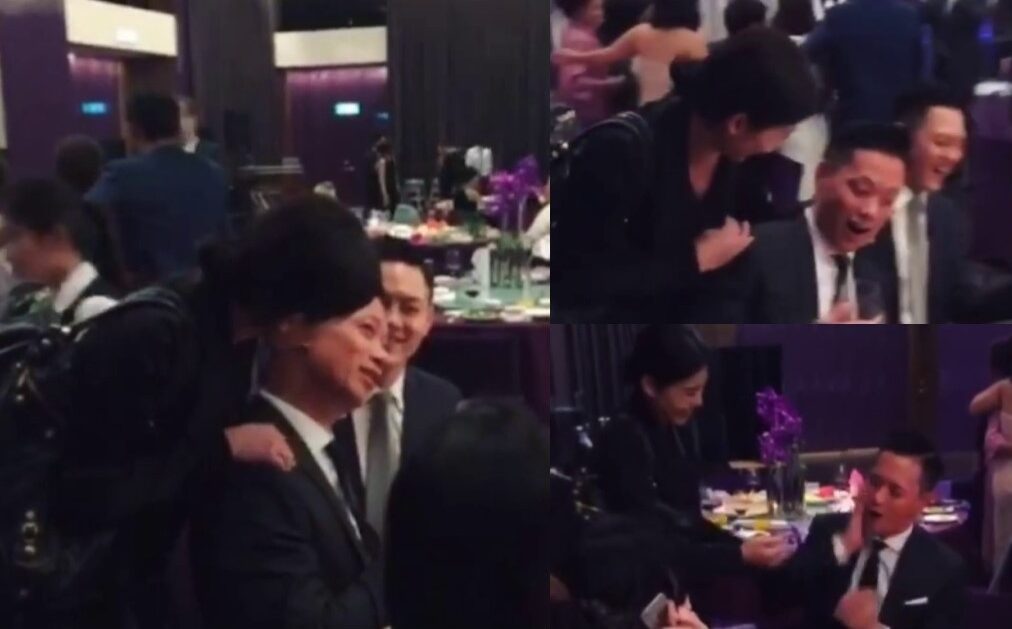 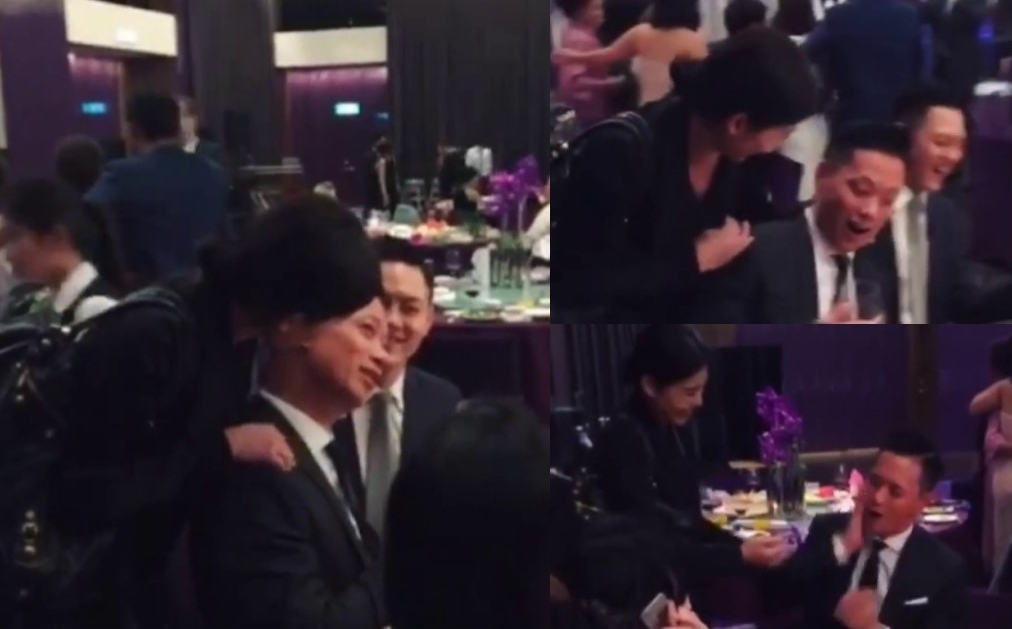 Myolie Wu and her husband Philip Lee are often separated due to their busy schedules. Recently, Myolie is also busy with her stage play rehearsals in China, and was not able to attend a wedding with her husband in Taiwan.

However, after wrapping up her work early, Myolie decided to fly over to Taiwan to spring a surprise to her husband. Philip also posted a video on his Instagram on how Myolie had sneakily kissed him!

In the video, Myolie was approaching Philip from behind at the wedding, and she suddenly planted a kiss on his cheek. A blushing Philip said, “Who’s that?”

When he turned around, he was shocked to see his wife! When he realised that it was his wife, he immediately hugged her, and said, “I should’ve told the person who kissed me that I was married!” He then stood up and kissed his wife.

Philip also remarked on his Instagram, “Mrs Lee finished her work early, and flew over to Taipei to give me a surprise. I didn’t expect it, but I am very happy. I have not seen her for a while.” 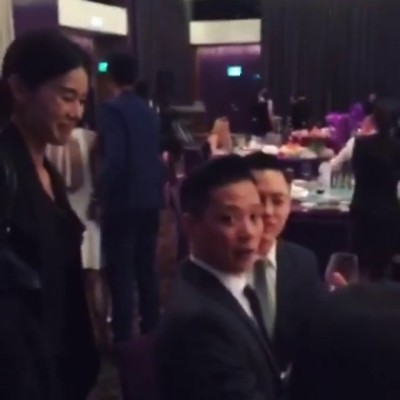 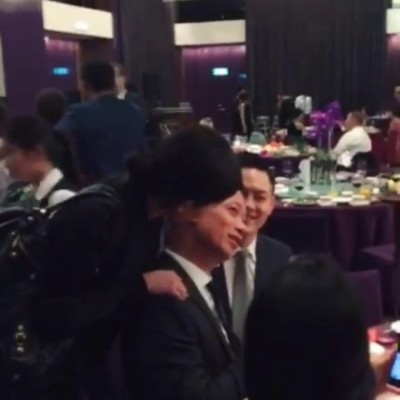 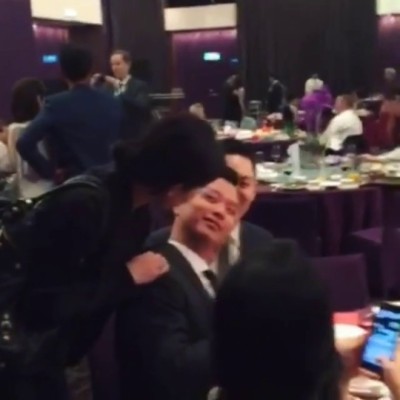 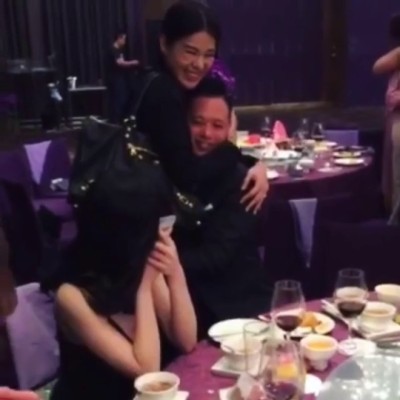 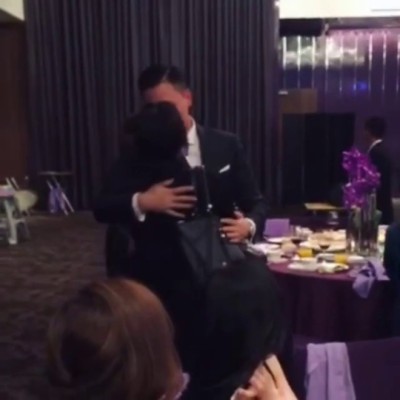