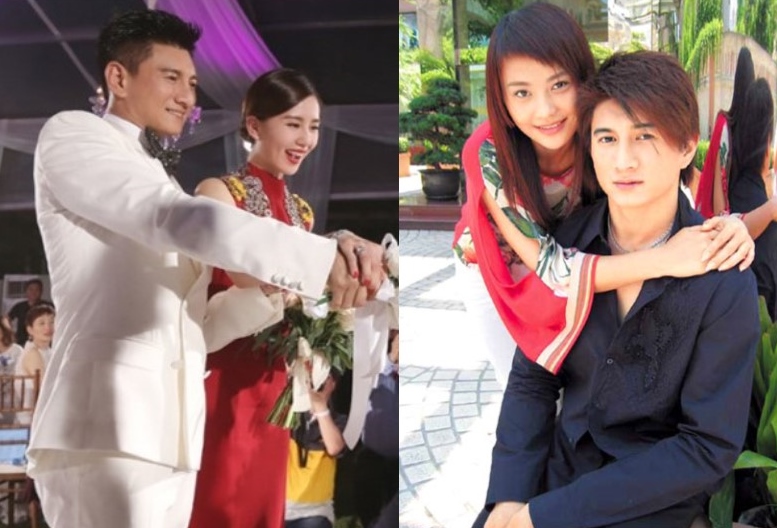 Nicky Wu and Cecilia Liu held a lavish wedding in Bali last weekend. Speaking to a reporter, Nicky’s mother said that she was moved to tears when she heard his love declaration to Cecilia.

She also sounded apologetic towards his ex-wife, Chinese actress Ma Yashu. She said, “Yes, She did not get a wedding at that time. We did not give her such a good [treatment].”

When Nicky was still in the Little Tigers band, he worked to pay off his father’s debts for 12 years, amounting to NT$80 million. He only paid off the debts in 2001. Nicky and Yashu tied the knot in 2006.

On a Taiwan television, Yashu once said that Nicky had given her a 5.31-carat engagement ring. However, in a Chinese programme, she said that she had paid for the ring and the wedding pictures were taken at a roadside.

Speaking about Nicky’s previous marriage, his mother said, “His career was not doing well at that time. Although he had filming projects, they were not popular. He was not able to give her a wedding, and gave her those things.”

Nicky and Yashu divorced in 2009. In recent years, his acting career soared and now his annual remuneration was said to be NT$400 million annually. He splurged on a grand wedding for Cecilia, and even gifted her a NT$60 million wedding band.

Nicky’s mother also revealed that Nicky and Yashu did not register their marriage in Taiwan after he was interrogated like a criminal when he applied for a entry permit for her.

As such, Nicky and Cecilia’s marriage has become more complicated, as they obtained their marriage certificates in China last year. He had to settle the legal process of marriage and divorce again with his ex-wife in Taiwan before filing for marriage with Cecilia.

Nicky’s mother also confirmed the rumours which said that Nicky had left some properties and assets to his wife. Responding to that, Yashu said, “I don’t actually want to respond on it, but if you want to talk about the property, we bought the house together in Beijing at that time. We both paid for it. After separation, I returned the money to Nicky. I am currently staying at that house.”