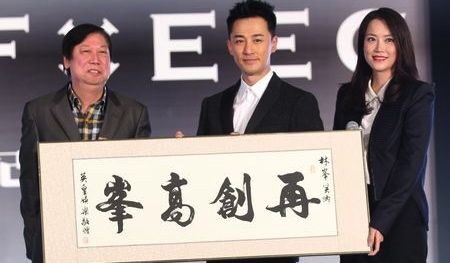 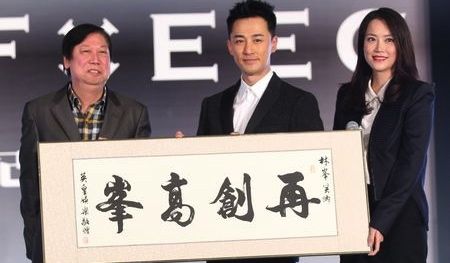 EEG’s top artiste, Joey Yung presented a giant balloon to Raymond and welcomed him into the company. Joey praised Raymond for being hardworking, handsome, humble and a doting boyfriend. She also felt that Raymond was able to be an all-rounded artiste.

EEG senior executives, Ng Yue and Mani Fok also presented a calligraphy painting to Raymond. Ng Yue said, “We have given him HKD 100 million, a lot of money, so we prepared only a simple gift. I hope everyone will give him opportunities, and reduce the company’s stress of 100 million dollars.”

Raymond replied, “I hope the 100 million is worth it!”

Ng Yue also jokingly said that Raymond’s life was always dominated by women. He just “escaped” from TVB’s Virginia Lok and now he is managed by EEG’s Mani Fok. 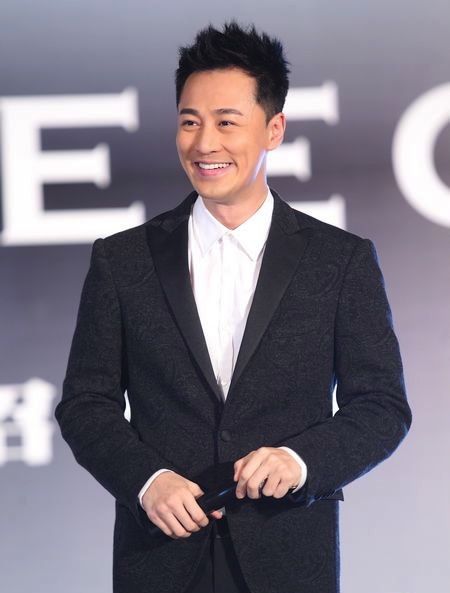 Raymond’s girlfriend, Karena Ng was missing from the event, and Raymond said that although they worked separately, they would support each other’s careers.

When asked if he would be portraying as a gigolo in Sandra Ng’s Golden Duck <鴨王> movie, Raymond said, “I have heard about the film, but I heard it mostly from the media. Actually, I have always wanted to appear on the big screen.”

Asked if he would strip for the movie, Raymond said, “It depends on what genre of film. I may consider if it’s an artistic movie.”

Joey will be making a guest appearance in the Golden Duck. When asked whose body she would be more interested in, Joey said, “I want to choose someone with good body, like Louis Koo. I want to know if his underwear is white.”

EEG invited many film directors such as Yuen Woo-ping, Felix Chong, Alan Mak, Benny Chan and Derek Kwok to the event and plans to groom Raymond into a big movie star.

Many media agencies also attended the press conference. Only Raymond’s ex-TV station, TVB did not send any representative or any reporter to cover the event. 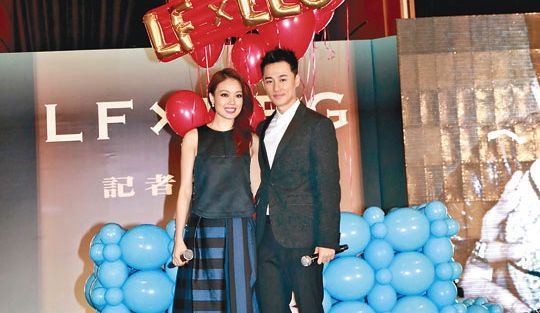