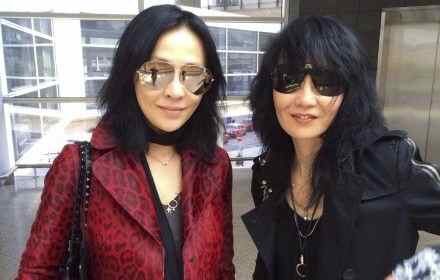 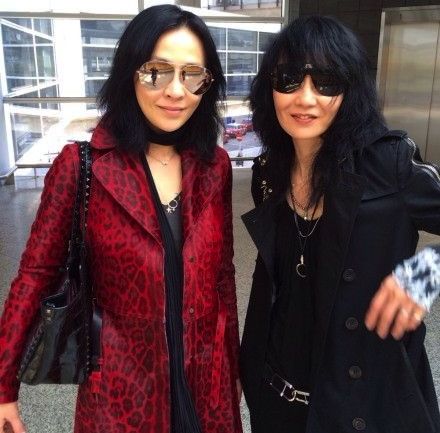 Posting a photo together with long-time rumoured love rival Maggie Cheung, Carina Lau proved that she and Maggie are not on bad terms.

While filming TVB drama Police Cadet <新紮師兄> back in 1984, Tony Leung and Maggie were rumoured to have sparks on the set although the pair did not progress further.

After filming Wong Kar Wai’s Days of Being Wild <阿飛正傳> in 1989, Tony and Carina were officially dating. In 2000, romantic rumours between Tony and Maggie re-surfaced after collaborating In the Mood for Love <花樣年華>.

At the recent Golden Horse Awards, there was media hype on the trio’s rumoured love triangle and Tony reportedly was unhappy that it was used as a publicity stunt for the awards ceremony.

At the red carpet of the Golden Horse Awards, Maggie did not bump into Carina and Tony despite showing up only 10 minutes later. Maggie was also arranged to sit on the back row while Tony and Carina took the front row seats.

To prevent the rumours from escalating, Carina posted a photo of herself with Maggie on her Weibo and wrote, “The very beautiful years”.

From the reflection in Carina’s sunglasses, the person who took the photo looked like Tony, but it was clarified later that it was her assistant.