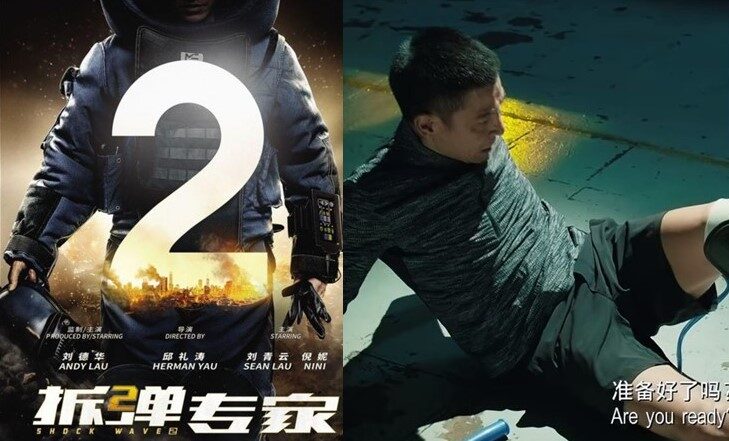 ‘Shock Wave 2′ (拆彈專家2) was originally slated to release this summer. Due to the current pandemic, the movie is now releasing at the end of year instead, to coincide with the Christmas season.

Although ‘Shock Wave 2’ is a sequel to the 2017 movie ‘Shock Wave’, the story line and characters will be completely new.

Andy plays a former bomb disposal officer, who falls into a coma in an explosion, and lost one of his legs. He is identified as a mastermind suspect of the explosion.

After being apprehended, he escapes from the prison and enlists the help of his friend, Sean Lau to prove his innocence.

The movie was initially rumoured to be airing on online platforms, due to the shutdown of cinemas. However, as many countries are gradually allowing cinemas to re-open, it is now slated to release on December 24 this year.