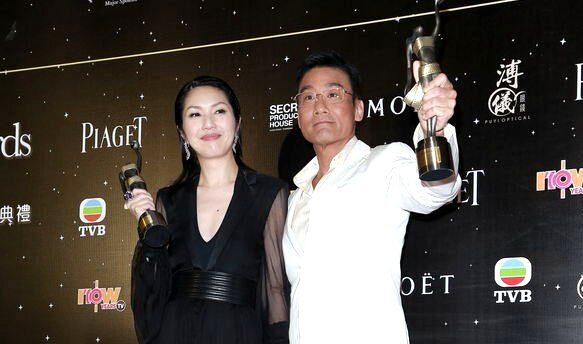 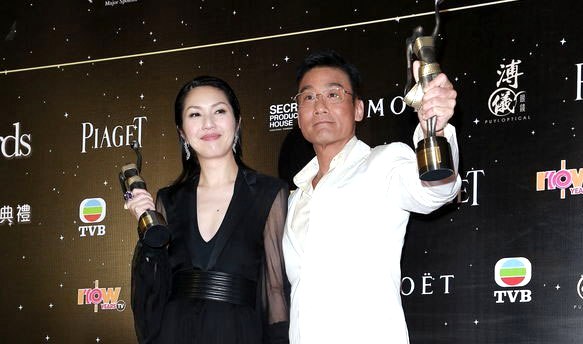 This is the fourth time which Tony has won the Best Actor Award in the Hong Kong Film Awards. The 55-year-old veteran actor said, “Cold War is the result of the efforts by these outstanding actors.”

An emotional Tony said, “Thank you my family, parents, sister and my two daughters who said that I should thank them when I receive the award. This is because they have watched Cold War four times, and each time they took 20 classmates along.”

First time winner, Miriam Yeung hugged her husband, Real Ting upon hearing her name declared as the Best Actress award for the movie, Love In The Buff <春嬌與志>. Miriam, who has just recovered from a surgery recently, said, “I am so shocked! I have to thank the judging committee. I have never thought that I would have this chance.”

She also said, “My mind suddenly went blank after going up the stage. I never expect that I would get so nervous. My husband was worried that I would be disappointed if I did not win the award, so he already ‘brain-washed’ me two weeks ago. He was so cute and attentive to my feelings. My husband was so emotional when he saw me winning the award. During our wedding proposal, he was not even that emotional!” 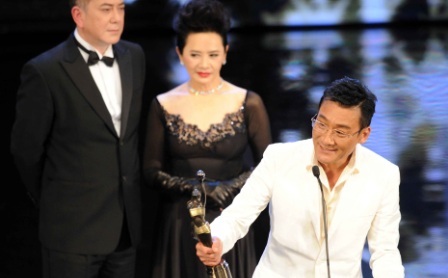 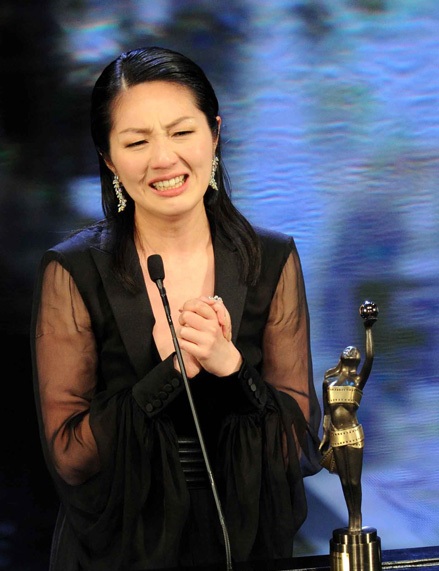 List of winners at the 32nd Hong Kong Film Awards:

Best Film From Mainland And Taiwan: Back To 1942