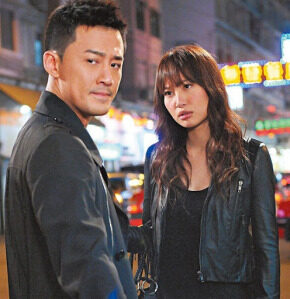 2012 TVB Anniversary Awards have created lots of buzz with its new public voting system. With this year’s TV King and TV Queen publicly voted by viewers, the coveted title of the year has excited many TVB fans!

Although the nomination list for the best actor and best actress award will only be announced officially next month, the list is reported to have leaked internally within the TV station.

As “Highs and Lows” has achieved good ratings and reviews, its leading actor Raymond is the hottest favourite to bag the TV King award. Having a large pool of TV and music fans, Raymond’s immerse popularity will give him an edge over the other contenders.

Raymond’s biggest rivals would be Kevin and Wayne. Although Kevin won the TV King last year, his “Ghetto Justice 2” is also very well-received by viewers. Playing one of the most powerful imperial eunuch in the Qing Dynasty, Li Lianying, Wayne’s “The Confidant” has drummed up much anticipation for the drama.

Bosco’s “Witness Insecurity” and Kenneth’s “The Hippocratic Crush” are also popular series and the two actors are considered dark horses in the TV King race.

Kate’s performance in “Highs and Lows” receives the most attention. Playing a drug addict who is being raped, Kate is tipped to win the 2012 TV Queen although the competition will be an intense and close one.

Myolie and Tavia reportedly are the hot favourites of TVB top executives and may give Kate a difficult time in the race. Linda, who has a breakthrough performance in “Witness Insecurity” with her crying scenes, is in the race too. Veteran actress, Michelle who plays Empress Dowager Cixi may turn the tables around after her drama is aired next month.