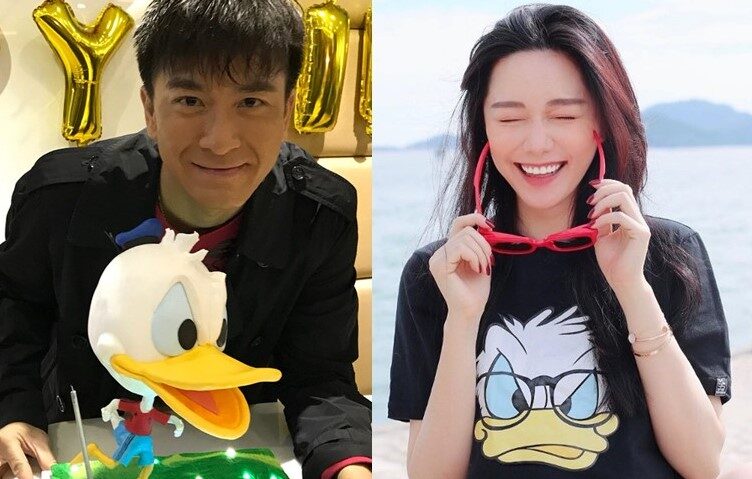 Fans have been rooting for Kenneth Ma and Roxanne Tong since they open up on their relationship.

Kenneth is known to be a huge fan of Donald Duck. Recently, Roxanne posted a photo of herself in a Donald Duck T-shirt on her social media.

She is so sweet to display her love for her boyfriend. Not long later, Kenneth responded with 3 smiling emojis.

Roxanne then asked, “What’s so funny?” Kenneth said, “The duck.”

Roxanne once again wrote, “When I look into your eyes.”

One netizen was so amused with their interaction and asked Kenneth, “If Roxanne and Donald Duck both fall into a pool, who will you save first?”

Although Kenneth did not respond, it is so obvious that he will be saving Roxanne! Kenneth was asked many years ago if he would give up his girlfriend for Donald Duck, his reply was “Very likely.”

It appears that Kenneth does not have to do so now, as Roxanne also shares his love for Donald Duck and even wears it on her!