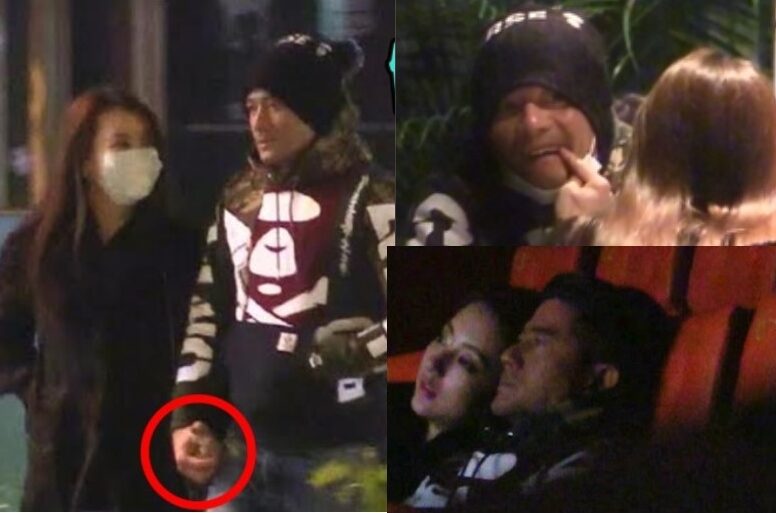 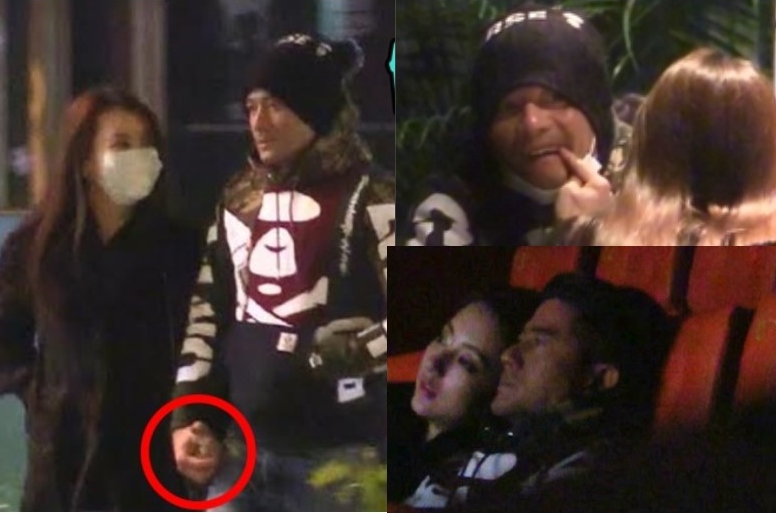 Due to their 23 years’ age gap, Aaron Kwok’s relationship with Shanghai model Moka Fang has been closely watched.

Recently, the 50-year-old Aaron was spotted on a late night date with his young girlfriend in Shanghai.

According to Chinese tabloids, Aaron changed into a fashionable outfit after wrapping his filming on December 21, 2015. Without wearing any mask, the heavenly king was seen waiting on the street for his girlfriend. While waiting, he was constantly tidying his hair and looked just like a boy in love.

When Moka appeared, she glued to him right away, and the pair held hands walking to a restaurant. While having meal with Aaron, Moka was seen to be pulling down her blouse several times to reveal her shoulders. The male reporter who was following them said, “A man would not be able to stand watching this!” Aaron was also looking relaxed during the meal. He even opened his mouth and asked Moka to check his teeth. 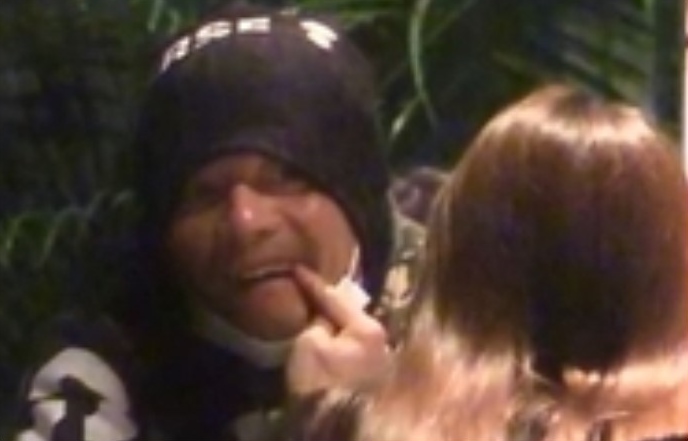 The lovebirds proceeded to a cafe for their next date. At the cafe, Moka took the hat from Aaron and put it on her head to take a selfie. At one point, she even pouted her lips and asked for a kiss from Aaron. Although the pair did not kiss, they were behaving so sweetly like two teenagers madly in love.

At 11 pm, Aaron held hands with Moka and walked into a cinema to watch a movie. Aaron booked a hall and had the whole cinema by themselves. Little did they realize that a paparazzi was inside the hall too. The couple was sharing popcorn and leaned closely while watching the show.

After the movie, they continued with their date by having a supper together. The night got even more passionate. At about 3 am, on their way back to hotel, Moka was seen hugging Aaron from his back.

The next morning, Moka was spotted walking out from the hotel alone and looking visibly tired. She eventually took a taxi home. 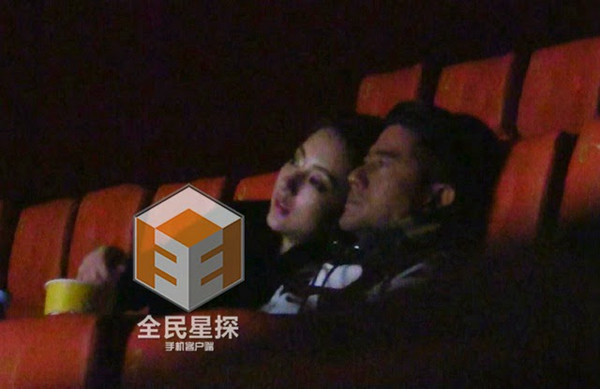 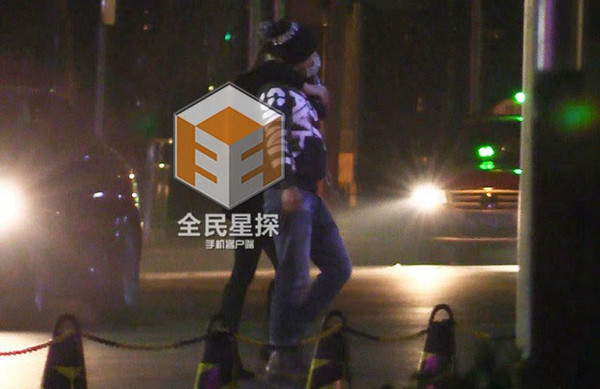