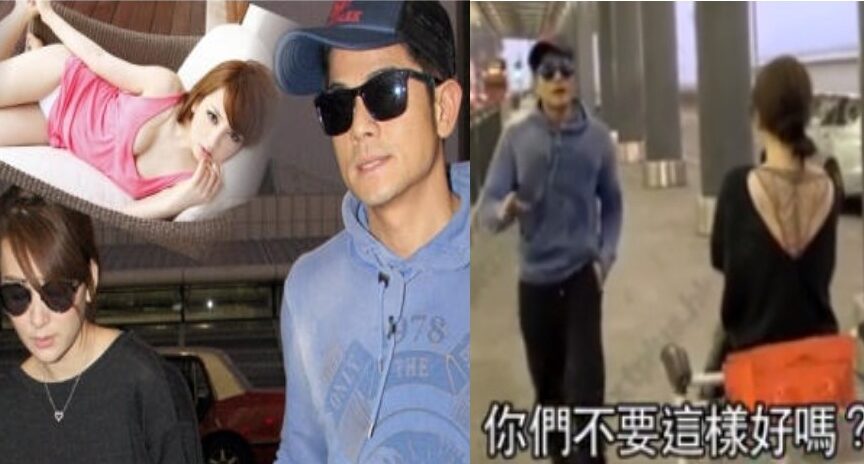 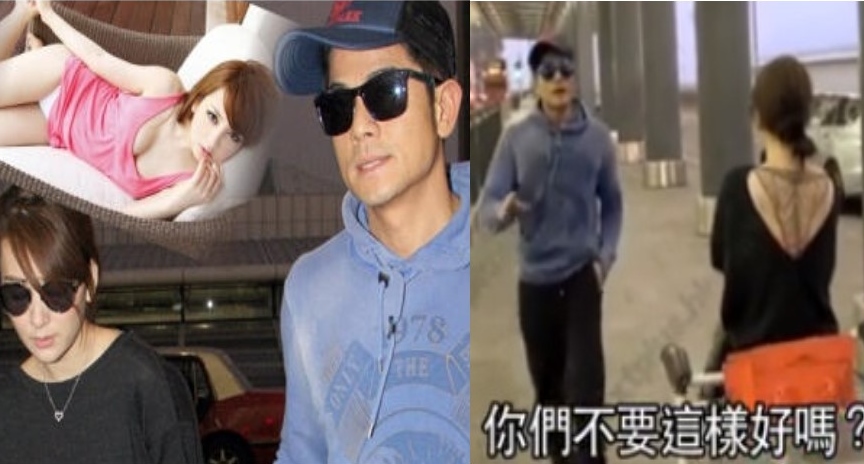 Hong Kong heavenly king Aaron Kwok shocked his fans when he suddenly introduced his 27-year-old Shanghai model, Moka Fang on his Weibo. It turned out that the paparazzi had taken photos of Aaron and his girlfriend at the airport, and this prompted Aaron to announce his relationship.

Last Monday (November 23), Aaron personally picked Moka at the airport when she visited him from Shanghai. Moka reportedly stayed at his house at Tai Hang during her 6 days in Hong Kong.

The next evening, Aaron attended the premiere of his new movie Port of Call <踏血尋梅>. Probably worried about his girlfriend waiting for him alone at home, Aaron only stayed for about 10 minutes at the post-premiere party and left shortly after. He was seen buying takeout at the McDonald’s, likely to buy supper for his girlfriend.

On November 25, Moka took a taxi from Aaron’s house to go on a shopping spree with her friends. She seemed very familiar with the security officers at Aaron’s apartment building. Before boarding a taxi, she even asked the security officer for directions. While shopping, she was seen sending text messages to a contact “Hubby”, which was speculated to be Aaron. At around 9 pm, she returned to Aaron’s place again.

On November 26, Aaron did not leave his house the whole day until meal time when he drove to a hotel nearby and ordered takeout. 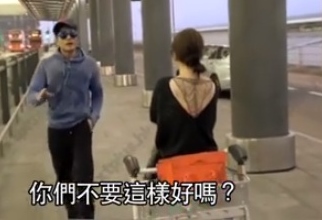 On Saturday (November 28), Aaron drove Moka to airport at about 6 pm, and helped her with her luggage. When reporter approached Aaron and asked if it was his girlfriend, he refused to reply and drove his car. However, he stopped his car shortly after, and likely wanted to check on his girlfriend.

Moka was flustered and alarmed when she saw reporter. When asked if she had stayed at Aaron’s house, she replied panicky, “Don’t take photos! I need to board the plane!”

After seeing that his girlfriend was harassed by the reporter, Aaron walked up and escorted her inside the airport. He pleaded the reporters not to harass Moka and said, “Please do not be like this! She’s going to be late[to board the plane]”.

When asked if Moka was his new girlfriend, Aaron replied, “We are friends! Please give me some space!”