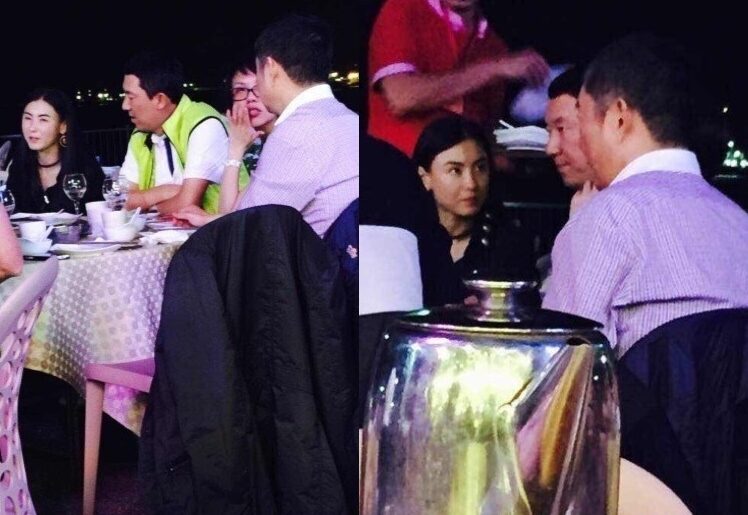 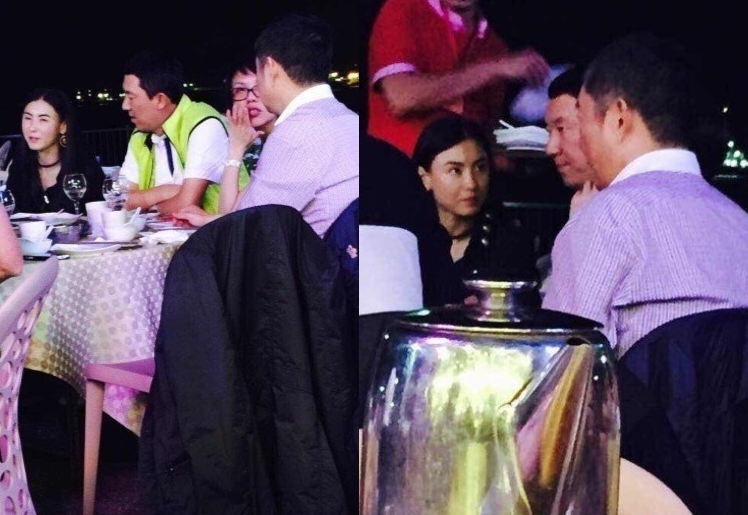 Although there were others sharing the same table, Cecilia was seen interacting with Sun most of the time and had her eyes on Sun during the whole meal.

Just last month, Cecilia was seen entering a RMB 60 million luxurious mansion near the Beijing airport after attending an event. Cecilia was said to have no property in China, and it also raised suspicions of her new romance after she was photographed going back to the mansion with a man several times.  The man was also seen with his hand around her waist. Chinese media later identified him as Sun.

Sun has also in the past dated Chinese actresses, Li Xiao Ran and Yin Tao. Chinese media reported that Sun was trying to help Cecilia to secure film contracts with his extensive network in China. He and Cecilia’s two sons also get along well.

According to source, Sun and Nicholas Tse’s father, Patrick Tse are good friends, and Nicholas often addresses him as “uncle”.

Netizens also mock that Nicholas might have to address his ex-wife, “auntie” in future.