Check out some of the best celebrity Ice Bucket Challenges! 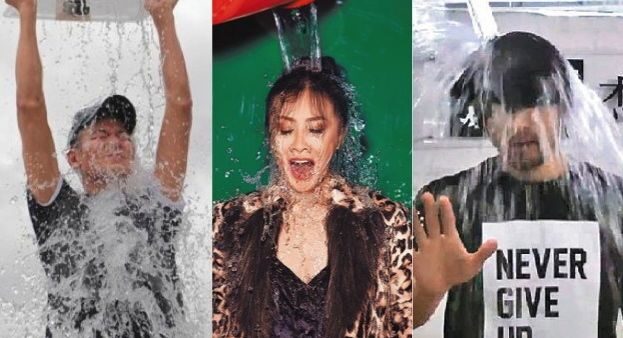 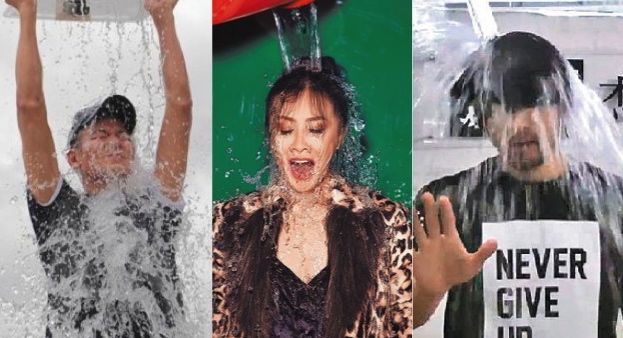 The Ice Bucket Challenge has become a craze with many famous people and celebrities around the world taking up the chilling activity.

This challenge is an activity that raises awareness and donations for the Lou Gehrig’s disease, also known as ALS.  It involves pouring a bucket of ice water and dump it over your head. Nominate a few friends to do the same and share the video on the social media. The nominated people have 24 hours to do the same or forfeit by donating to charity.

Many celebrities such as Andy Lau, Jay Chou, Donnie Yen, Nick Cheung, Leehom Wang and Zhang Ziyi have taken up the challenge. 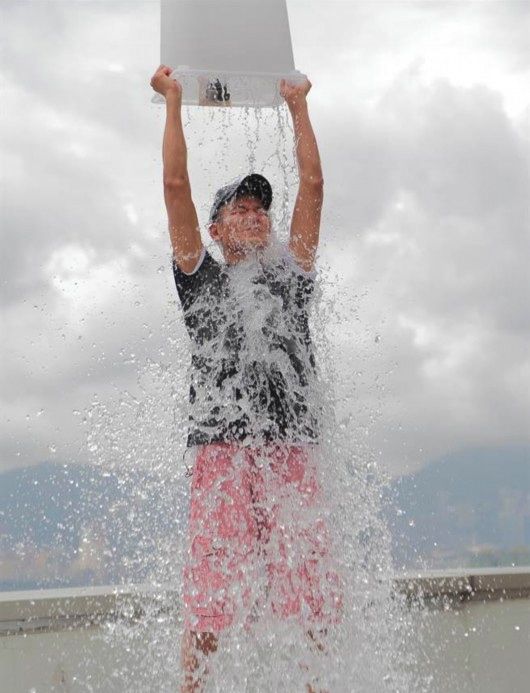 Andy completed the challenge on a rooftop and his nose was cut by the ice. The Hong Kong star also donated US$1 million to the ALS Association and nominated Jay Chou, pianist Lang Lang and Hong Kong paralympian So Wa Wai. 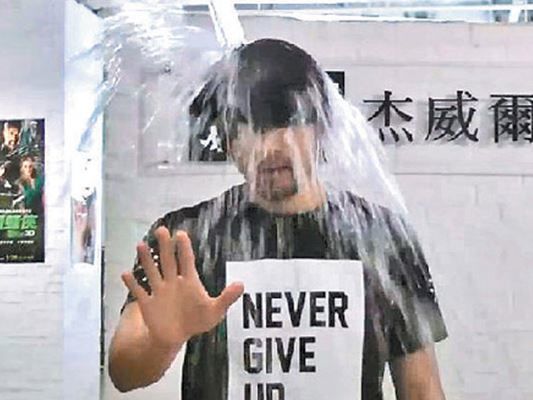 Jay was in his recording studio after knowing that he was nominated by Andy. Within three hours, he completed the challenge. Before the activity, he said he would nominate Vincent Fang and MayDay to take up the baton. Before he could say out his third nominee, his assistant splashed the water onto him, which left Jay in total shock.

Jay turned around and said, “I have not finished my words!” 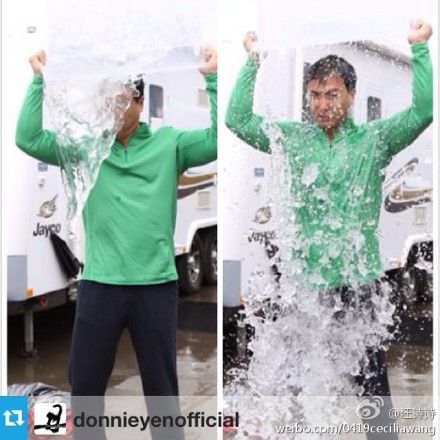 Mr “Ip Man” also completed the challenge at 7 am when the weather was only 6 degrees! Donnie later nominated Michelle Yeoh, Chow Yun-fat, and Wang Baoqiang. 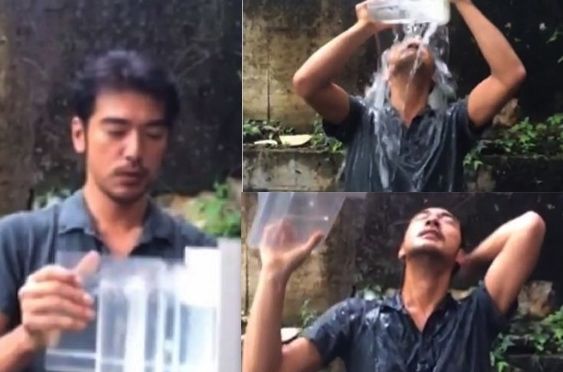 The star who still looks dashing when he is wet has to be Takeshi Kaneshiro, who was nominated by Mayday’s Masa. Takeshi did not nominate anyone in his video but urged everyone to do something for the society. 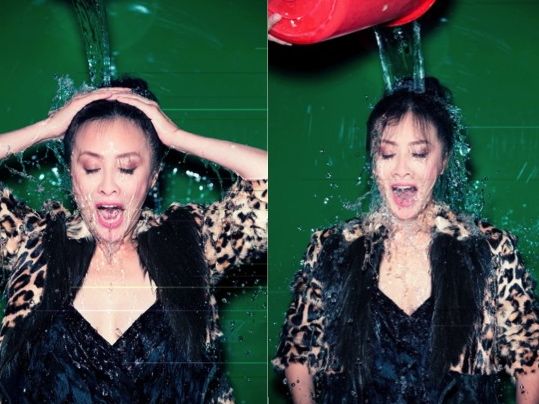 Carina Lau looks the most elegant in the pouring act, and nominates her good friends, Cherie Chung and Brigitte Lin. 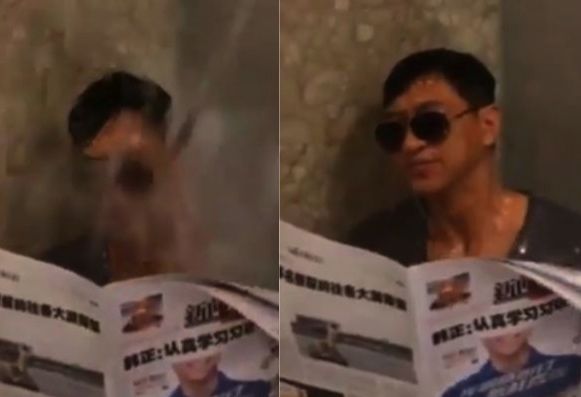