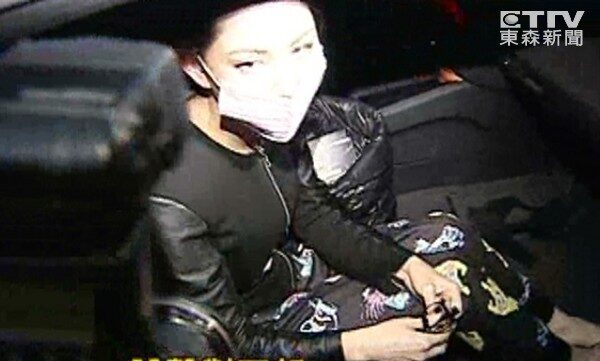 Jay Chou’s (周杰倫) rumoured girlfriend, Hannah Quinlivan (昆凌) got into a car accident in the midnight of 17 October.

While driving her Audi TT Coupe alone, Hannah did a left turn without turning on her directional signals. The motorcycle behind could not avoid Hannah’s car and both vehicles collided. The two motorcyclists were sent to hospital for treatment. Fortunately, the two motorcyclists only suffered minor injuries and were discharged from the hospital already.

While taking her statement, Hannah was visibly shaken and shocked over the accident. She was extremely apologetic towards the injured motorcyclists. Under the accompany of her manager, Hannah first apologised to the woman motorcyclist and then proceeded to the emergency clinic to extend her apologies to the male motorcyclist, who was hit on the head.

The police has confirmed that Hannah was not drunk while driving the car. Hannah’s agency subsequently explained that Hannah did not pay attention to the traffic lights change. As Hannah was still unsettled after the accident, her agency said that she would not be driving for the time being.

On the other hand, Jay responded through his recording company, JVR Music, ” Hope everyone is safe. I will pray for them (injured motorcyclists).”