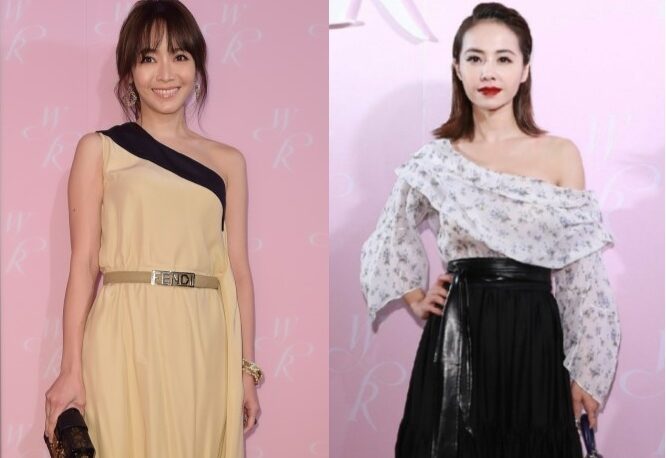 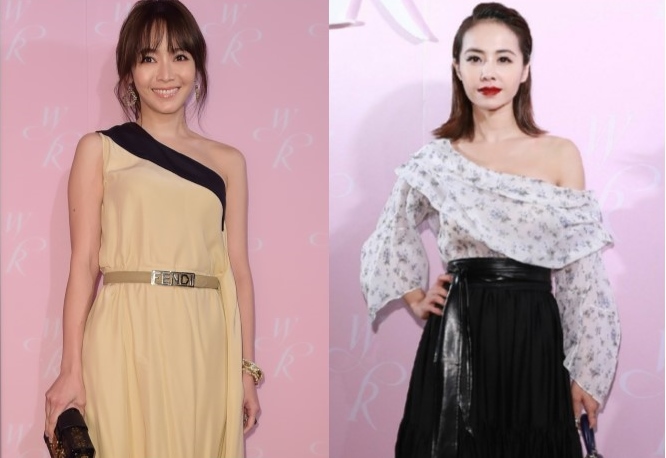 Former love rivals, Jolin Tsai and Patty Hou were invited to Ruby Lin and Wallace Huo’s wedding in Taipei. The duo even buried their hatchet 11 years ago and took a photo together with Taiwanese producer Chiu Li-Kwan!

Attending an event yesterday, Patty even said, “I am Jolin’s fan.”

Back in 2005, Patty was photographed shopping intimately with Jay Chou in Japan. At that time, Jolin was said to be dating Jay. When she saw their photo, she was shocked. Since then, Patty and Jolin would deliberately avoided one another during public events.

After Patty and Jay’s photo published a month later, both Jolin and Patty were supposed to attend a year-end event. Jolin sponsored the lucky draw prize, and it happened that Patty was the winner. Patty immediately donated the prize away, and refused to collect her prize on stage. 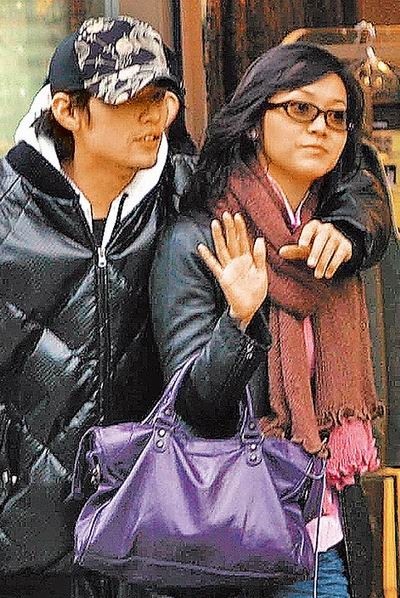 In 2007, Patty and Jolin were invited to a makeup artist’s wedding. Jolin attended, but Patty did not attend to avoid Jolin.

Six years ago, Patty actually revealed that she did not know that the rumour between Jolin and Jay was real. If she knew about it, she would not be dating Jay. Later on, Jolin also understood that Patty was not aware of their relationship, and she did not blame her.

After so many years, Jay was married to Hannah Quinlivan with a daughter. Patty was also married with a son. Jolin has been in a stable relationship with Vivian Dawson for six years.

Yesterday, Patty said at an event, “I admire Jolin, and I am her fan. It was a joyous and warm occasion last night. There were many people taking photos, and we also took photos as a memento.” 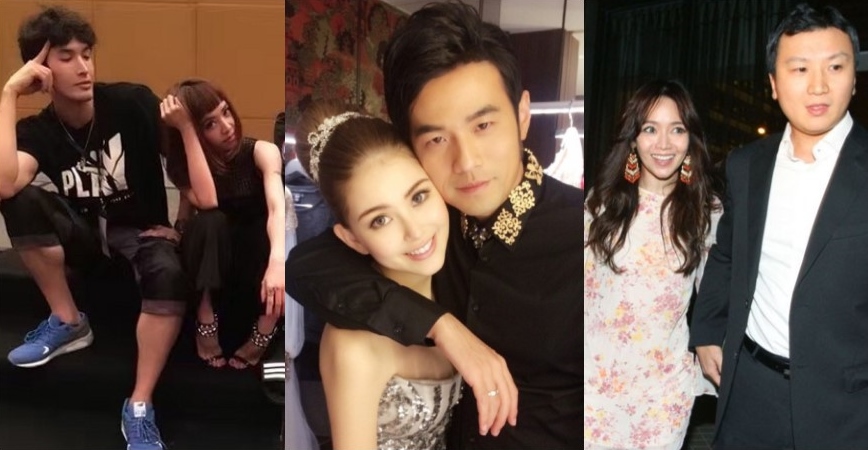