Him Law and Tavia Yeung announce wedding banquet on October 2! 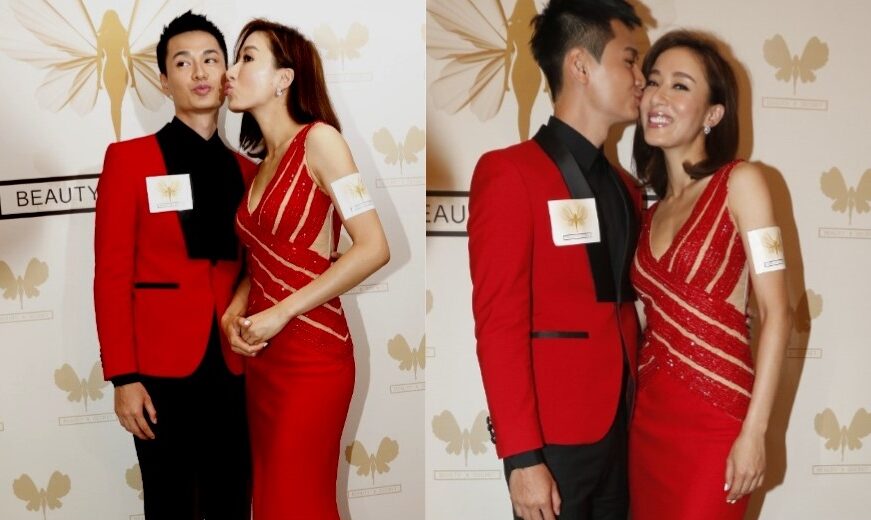 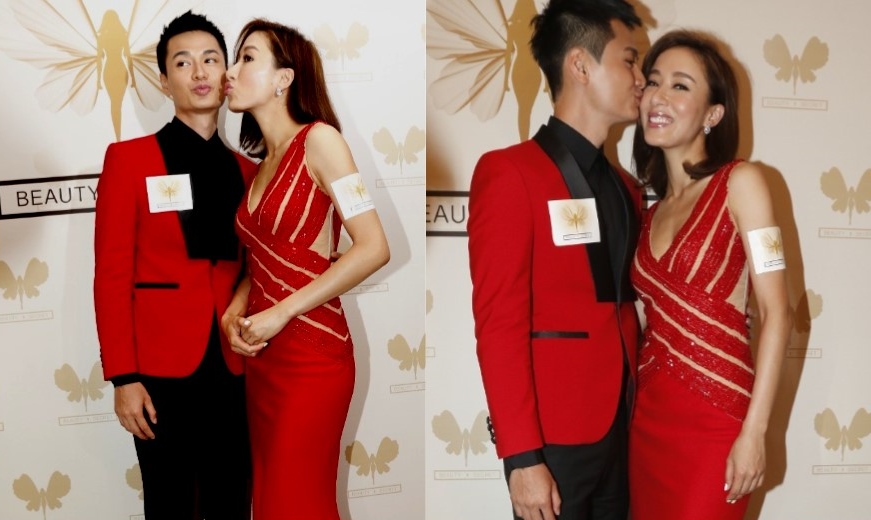 Yesterday, Him Law and Tavia Yeung attended an opening ceremony of a beauty centre and announced the date of their wedding banquet.

When asked how was their newly married lives, Him smiled sweetly, “Happy. Everyone is a fresh new day. It’s like we are just starting to date!”

Tavia revealed that her bridesmaids would include Christine Ng and Sharon Chan. As for groomsmen, Him said, “I just returned to Hong Kong, but I want to invite Ron Ng and Vincent Wong.” 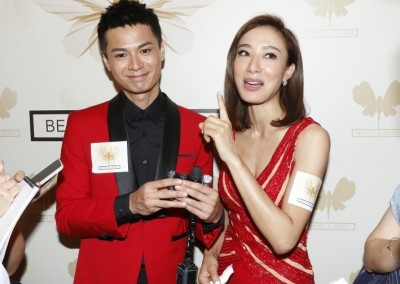 Him said that as they tied the knot in a castle at England, they hope to have a similar castle wedding theme at their banquet.

As Tavia has left TVB, she was asked if she had signed to a new agency. Tavia smiled and said, “I have signed to him [referring to Him], so he is busy earning money. I want to continue filming drama, and have discussed with TVB. If there is time and a suitable script, I will film.”

Asked if she would follow Charmaine Sheh to open a working studio, Tavia said, “I am still learning. I am afraid I am not able to handle. If there is a partner, I can consider.” 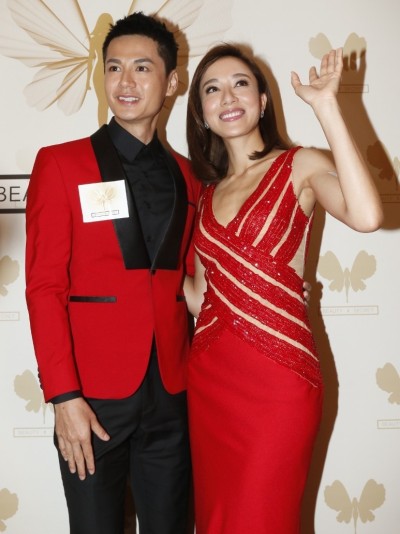 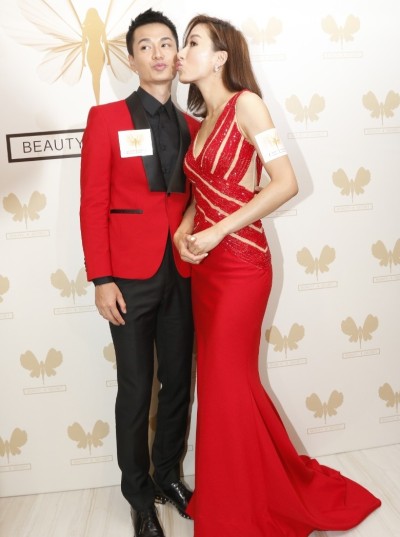