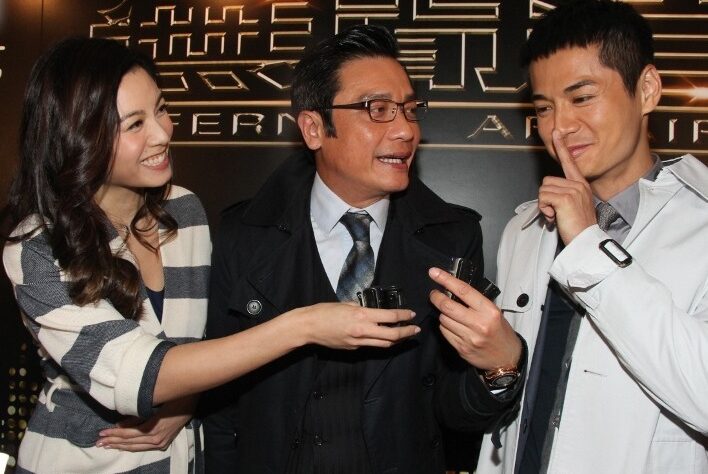 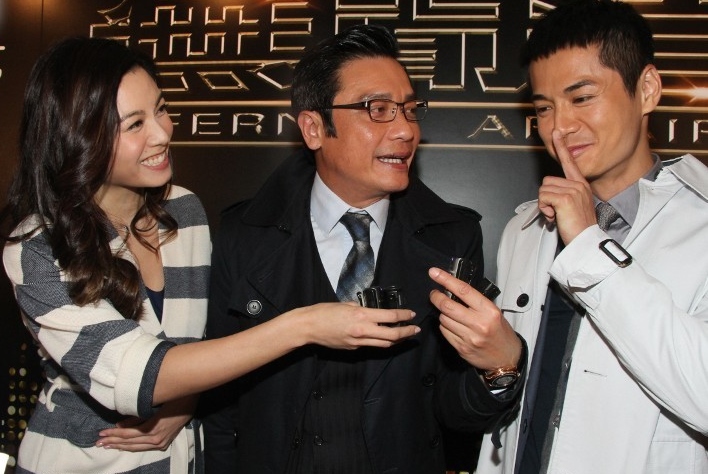 Gallen and Bernice will be playing a couple in the drama, and Gallen revealed that they would be having kissing scenes in a car.

Gallen said, “As we needed to shoot from different angles, we kissed about 4 to 5 times!”

When asked if there would was any bed scene or “car-shaking” scene, Gallen laughed, “We filmed in a car, but there was no shaking.”

Gallen then turned to Him and teased him, “Did you have any car-shaking …..?”

Him and Tavia Yeung were embroiled in a “car-shaking” scandal in 2012. When being teased, Him turned red-faced and requested Gallen not to mention anymore.

Him will also be having kissing scene with Chinese actress Zhu Rui in the new drama. When asked if he had reported to his wife, Him said, “Of course, I did. She (Tavia) also visited us at the filmset.”

Him said that he would not be playing Andy’s role in the drama. “Our drama is an extension of the movie, so there is no pressure. Besides, Gallen is here.” 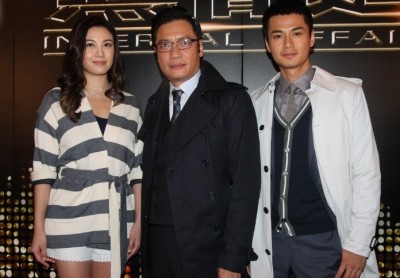