Jay Chou: “I did horse-riding dance years ago!” 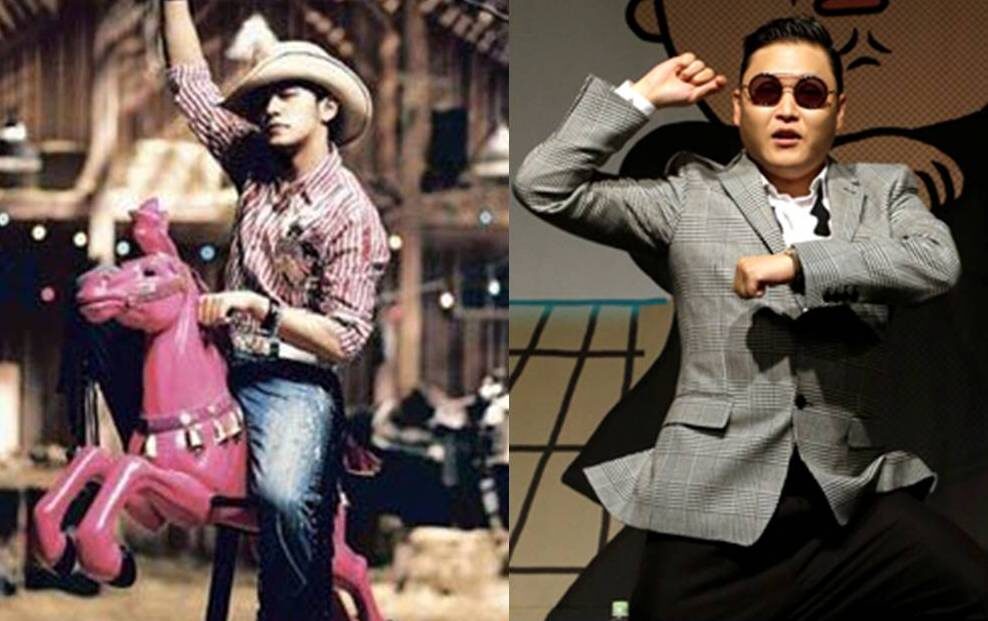 Although PSY’s Gangnam Style has over 900 million hits on YouTube, Jay Chou is not blown away by the global sensational track.

Attending a recent awards ceremony at Beijing, Jay commented, “Although Gangnam Style is very funny, but Mandarin songs are better. Let’s not let K-pop overtake us. All the Chinese artistes should unite and not get immersed in the Gangnam Style anymore”.

At a media conference for his self-directed film on 11 December 2012, Jay revealed that he was a short-tempered director. When asked about his comments on Gangnam Style, Jay replied, “Horse-riding dance? I did that dance before in Cowboy On The Run <牛仔很忙> years ago“.

Jay gained recognition in South Korea after his self-directed film, Secret was showing there. His recent comments on Gangnam Style reportedly outrage PSY fans who scolded Jay “crazy” and “jealous of PSY”.

Netizens also compared the music videos of Cowboy On The Run and Gangnam Style, and criticised, “In what way is it similar?”