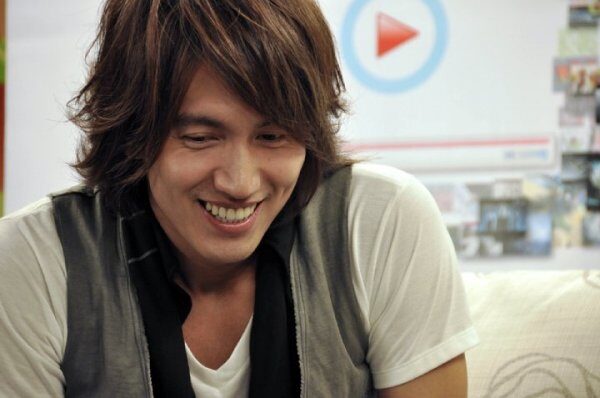 At Mayday’s concert in Kaohsiung on 30 December 2012, Jerry Yan made a special guest appearance to support good friend, A-shin. Jerry also took the chance to declare his love for a special one on stage.

After the encore performance, Mayday’s vocalist A-shin said, “Everyone knows that Mayday seldom has guest performing at our concert, but I have a secret friendship”. F4 member Jerry then sprung up on stage and hyped up the whole concert, causing all the fans to scream.

The heartthrob then performed Mayday’s Taiwanese dialect song, Hao Bu Hao  <好不好>  and said sentimentally, “Thank you Mayday for giving me a chance to stand here and fulfil my dream. This song has a significant meaning to me. I wish to dedicate this song to a very important person in my heart although she is not here today”.

The audiences subsequently shouted for his rumoured ex-girlfriend, Lin Chi-ling’s name. A-shin immediately rushed to Jerry’s rescue and said, “I know everyone is hoping that I will ask who that person is, but let’s allow Jerry to keep his little secret”.

During the performance, Jerry was emotional and tried to hold his tears when he sang, “Let me dote you, let me cherish you, let me hold you in my hands. My only hope is to give you happiness. Can I? ”

After the song, A-shin tried to liven up the atmosphere by asking Jerry, “Can I join F4?” The audiences all burst in laughter.

Regarding Jerry’s love dedication, Chi-ling’s manager responded on her behalf, “Happy new year to everyone. Please do not think too much. Hope that we have a better 2013”.