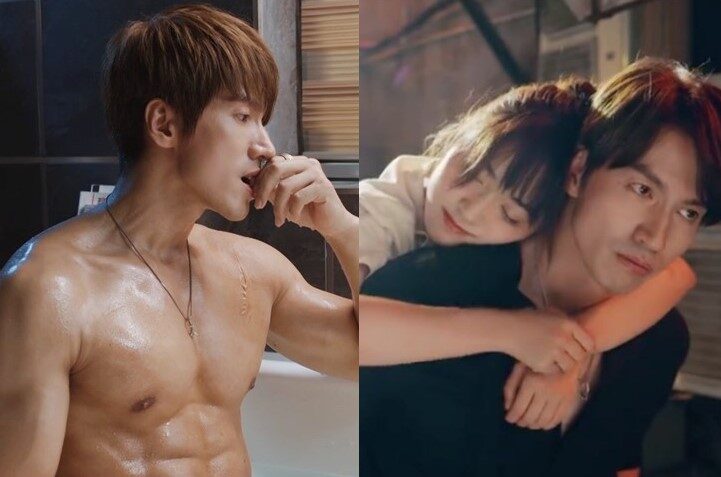 In this romantic comedy, Jerry played a 30-year-old editor, starring opposite Shen Yue, who is 20 years junior than him. Some netizens are skeptical of their pair-up due to the age difference, and even mock that they look more like uncle and niece, instead of lovers. However, Jerry has silence his critics after the drama premiered on August 3.

In a bathtub scene showing his topless upper half, he reveals perfect 8 pack abs, and does not look at all like a 43-year-old. Many female netizens praise his body. One said, “Hotness overload! Why so hot!”

Another said, “This body! My husband!”

Jerry was initially hesitant to take on this role, as he was worried he could not play the role of a 30-year-old editor well. His friend then encouraged him, “You are worried about your acting or your body condition?”

After listening to his friend, he accepted on the role, and started a strict fitness regime. To train up for the body, he hit the gym at least 3 hours everyday, and sticks to a strict plain diet.