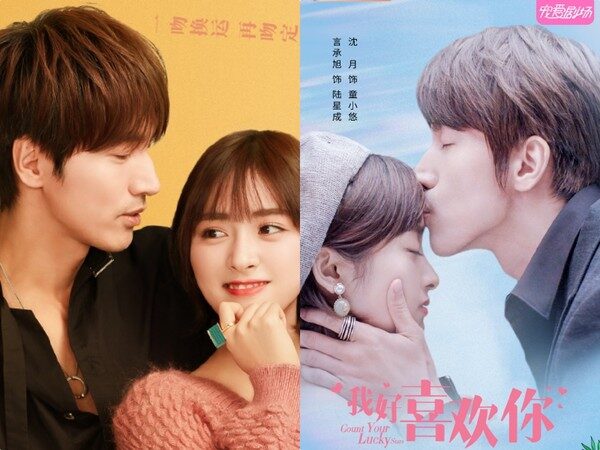 Due to their 20 years age gap, some netizens criticised that they looked more like “uncle and niece” than a couple. Others also criticised the 43-year-old Jerry for acting in an idol drama.

However, there are still many netizens who complimented Jerry for maintaining his looks well, as he does not look like in his 40s.

‘Count Your Lucky Stars’ is slated to premier on August 3. Jerry plays a snobbish editor who has good luck in his life. Shen Yue plays a designer, who is always plagued by misfortunes. Their fate changes after a kiss.

Watch the trailer of Count Your Lucky Stars