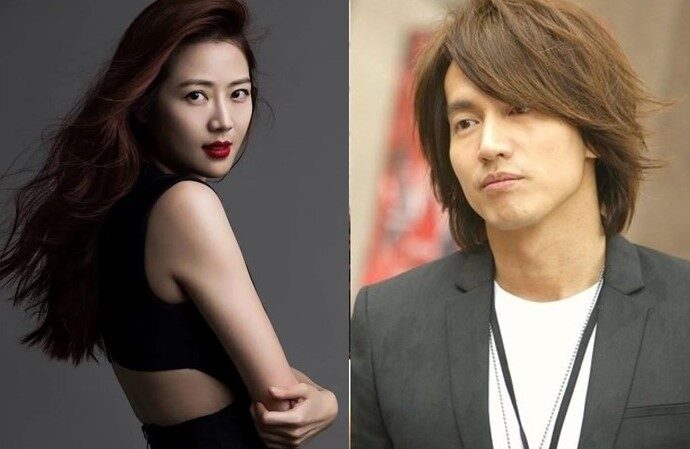 Taiwanese media reported that a model had lost her mobile phone and was extorted a large sum of money to get her phone back, or else her private photos would be leaked.

According to reports, this model is none other than Jerry Yan‘s ex-girlfriend, Seanna Chang (also known as CN Chang). Seanna is also Lin Chi-ling‘s junior in the same agency.

Seanna reportedly lost her phone last year while taking a taxi. Sometime this year, she suddenly received an extortion phone call. The other party threatened to leak her private photos and videos and ruin her reputation, if she refused to pay millions to redeem the phone back.

Seanna reportedly negotiated the fee down to NT$3 million, but she was unable to afford. The perpetrator tracked her down from social media, investigated her daily life, and called her all the time to ask for the ransom.

Unable to handle the threats, Seanna finally called the police. Although the perpetrator was arrested, she was still harassed by an unknown party. Police suspected that it could be a syndicate operating the crime.

The police have also confirmed that a woman with surname Hong, whose stage name is Zhang Xi En, had made a police report on missing mobile phone.

Seanna was rumoured with Jerry 6 years ago, after they were caught travelling to United States together. Jerry, at that time, addressed his relationship with Seanna, saying, “She is a very very important friend in my heart.” His respond was widely seen as acknowledging her as his significant half. It is a pity that the couple broke up after dating for 2 years.

Last year, Seanna stepped forward and confirmed that she and Jerry had dated for 2 years. She said that they had spent more time apart, and had made a mutual decision to breakup because she had wanted to go public on their relationship, but he refused. She also claimed that Jerry was still unable to forget Chi-Ling even when they were dating.

Coincidentally, Chi-ling’s photos with Jerry were also leaked after she sent her mobile phone for repair in 2005.