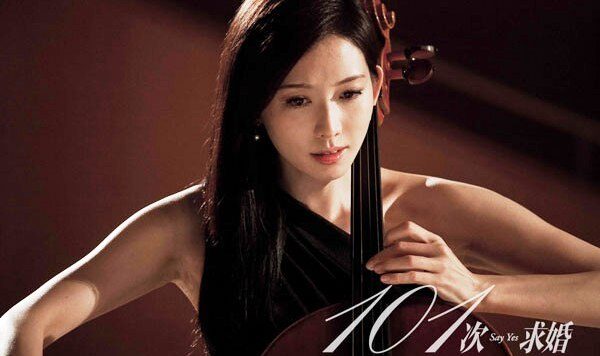 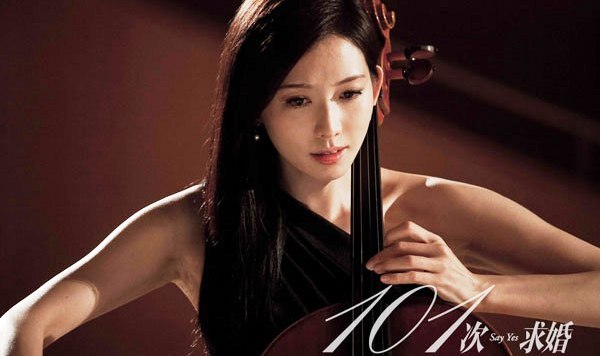 Starring Chi-ling, Huang Bo and Godfrey Gao, 101 Marriage Proposals is a movie about an average middle age man and a cellist love story. To compensate Huang Bo’s hundred times of proposal rejection in the movie, Chi-ling led the women and Godfrey to propose to Huang Bo. A rival of Huang Bo in the movie, Godfrey even knelt down and tried to kiss Huang Bo’s hand!

Responding about her current relationship status, Chi-ling admitted that she had resumed her single status. Asked about her separation with Qiu Shi Kai, the model-actress said, “We do not have that kind of relationship now”.

Chi-ling also expressed that she would take the initiative to profess her love if she met someone she liked. “I have more courage to pursue for love now,” said Chi-ling.

Asked if she had more pursuers now, Chi-ling replied, “Everyone is only saying. Nobody is acting!”

Although Chi-ling had never admitted her romance with Shi Kai, their relationship is widely speculated. Last year, Chi-ling admitted on a house hunting trip with Shi Kai in Shanghai, which sparked speculations if marriage was in the cards for the couple.

An insider revealed that the reason for their breakup was due to Shi Kai’s inflexible personality and lacking romanticism in their relationship. Shi Kai reportedly was also furious that Chi-ling often compared him with former boyfriend, Jerry Yan.

Watch the trailer of 101 Marriage Proposals