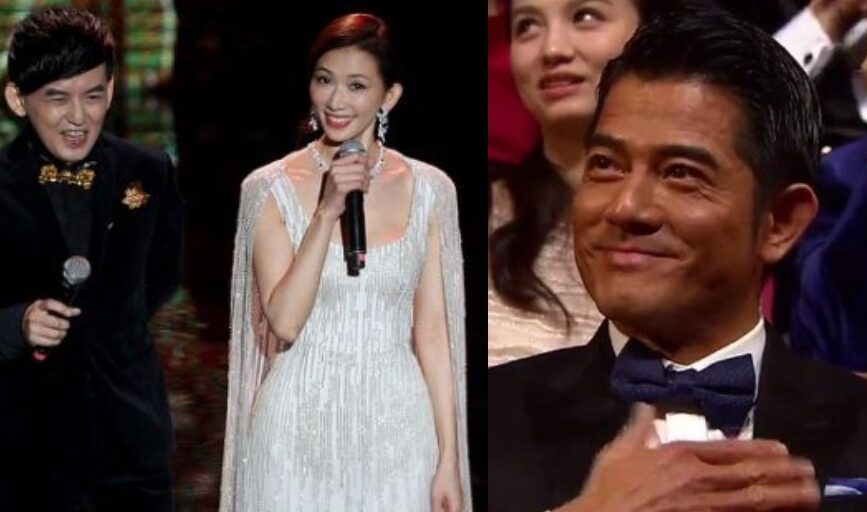 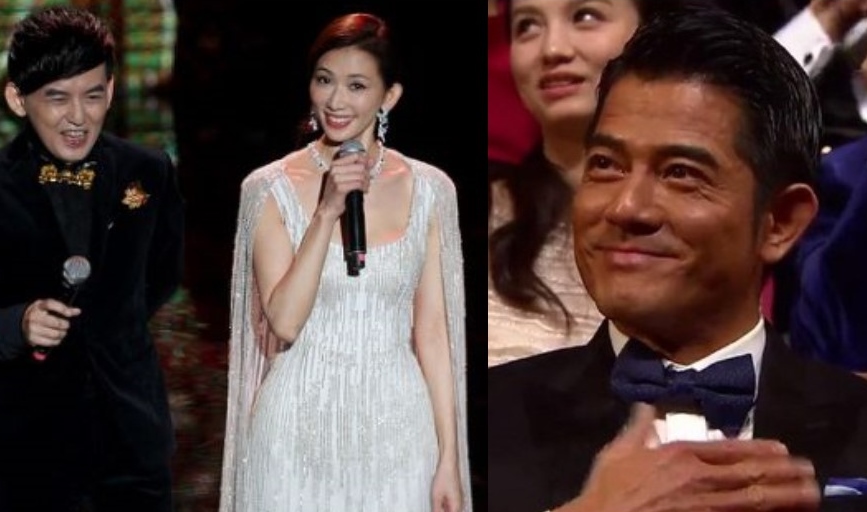 The highlight of the night was when Chi-ling unexpectedly “declared her love” for Aaron Kwok, who was the hot favourite to win the Best Actor award.

Recently, Chi-ling caught the wedding bouquet at Huang Xiaoming and Angelababy’s wedding, and she took the chance to create some humour during the awards show.

Looking at Aaron, Chi-ling said on stage, “I heard your birthday wish this year was to settle down and set up a family. It’s so coincidence that I grabbed a bridal bouquet during a friend’s wedding. Are you willing to get married first, then fall in love?”

Aaron blushed a little when being thrown the question by Chi-ling, nodded and smiled back. Chi-ling then turned to her co-host, Mickey and said, “Do you want a love hug?” Shortly after, she removed her high heels on stage, and held Mickey in her arms.

Meanwhile, Aaron returned to Hong Kong on Sunday, and seemed that he was not affected by his loss. When asked if he was disappointed for losing the Best Actor award, Aaron said, “Why would I be disappointed? I am happy for all the winners. I was a judge and a nominee before. I understood how the awards ceremony work.”

Chinese film director, Feng Xiaogang shocked many when he beat hot favourite Aaron to win the Best Actor award. However, the Jury Chairman of the Golden Horse Awards, Chen Kuo-Fu revealed that Feng won by a big margin during the voting process. 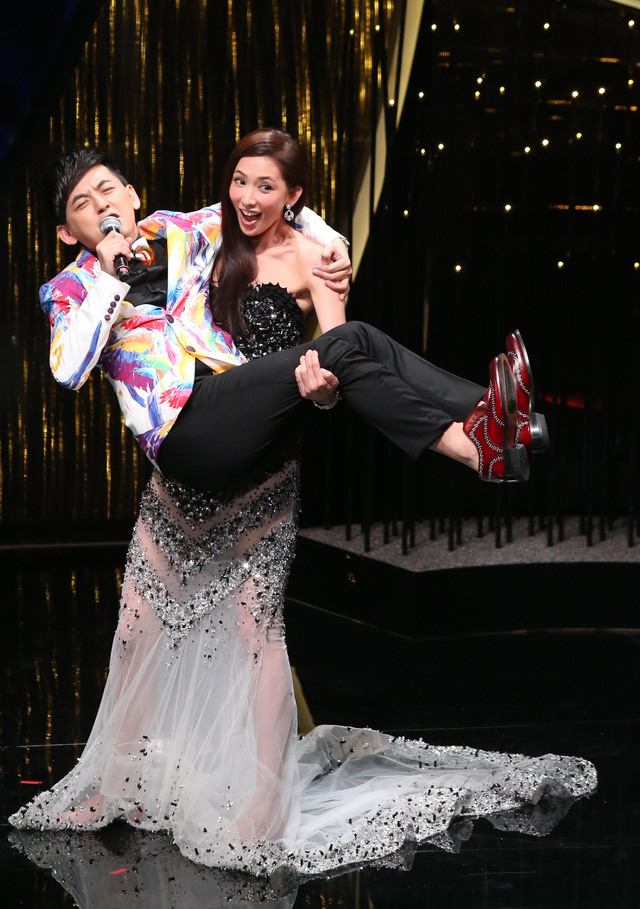