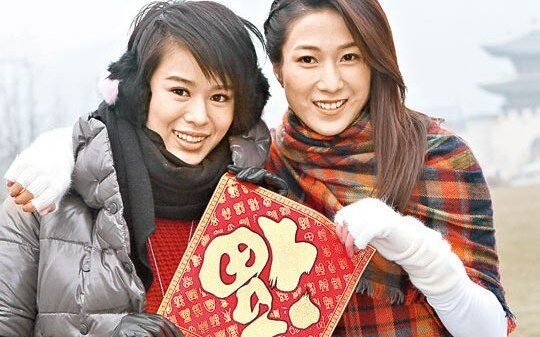 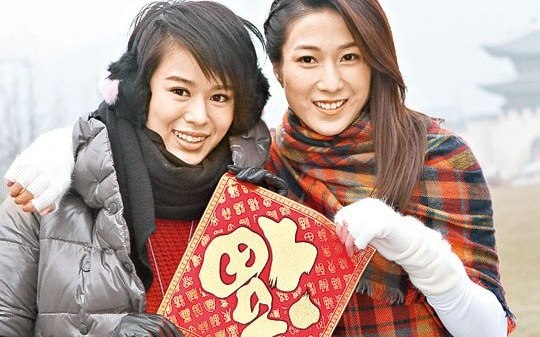 It was a fruitful year for Myolie Wu and Linda Chung in 2012. Ushering into the snake year, the two TVB actresses revealed their new year’s resolutions.

Myolie’s popularity increases in China after filming the Ghetto Justice <怒火街頭 > with Kevin Cheng. She expressed her gratitude towards her co-star for boosting her popularity and hence, won many awards in the China’s awards ceremonies. After filming Season of Love <戀愛季節> and Triumph in the Skies 2 <衝上雲霄II>, Myolie will commence to film Rosy Business 3 <巾幗梟雄之諜血長天> with Wayne Lai.

Although Myolie will dive into work immediately after the new year, the 33-year-old is loving it. “”I like to work and feel that 360 days are not enough. I will begin filming Rosy Business 3 at the end of the month. The drama will be a big challenge after reading its script. I hope to act my role well!”

The single Myolie also plans to buy the peach blossom flowers and displays at home during the new year. She believes that these flowers will help to boost her career and popularity.

It is a year of abundance last year for Linda. Her earnings increase after taking in many advertisement endorsements. “I am happy to be an advertisement queen. I am also nicknamed as BB and have become more people oriented. I had four dramas broadcasted last year and had recognition from the viewers!”

For Linda, her biggest wish for the new year is to collaborate with her Korean idol, Ji Sung. “I hope TVB can collaborate with more Korean stars. Ji Sung acted as an amnesia character before and I hope to act that too. I hope to star with him in a romantic love story!”