Myolie Wu hopes to have 3 babies in a year 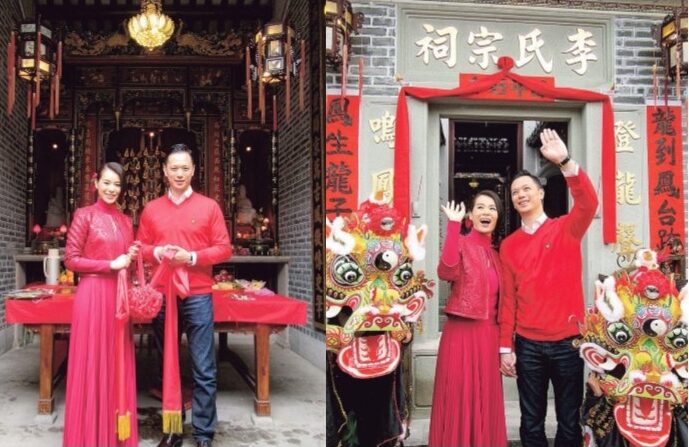 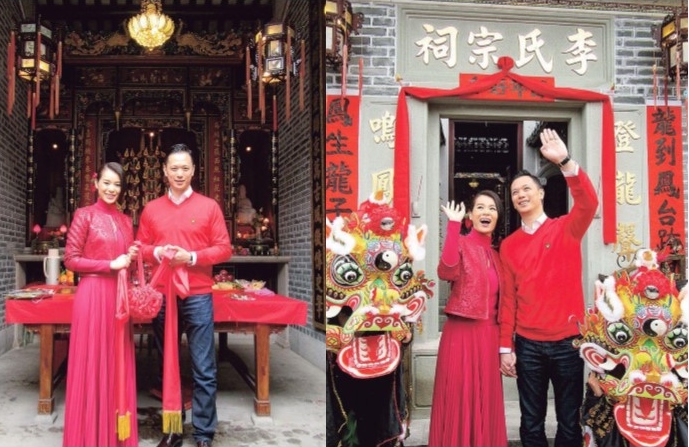 After a grand wedding on December 28, Myolie Wu and her husband Philip Lee held a traditional wedding ritual at the Sha Tau Kok village on January 2, 2016.

Although Philip grew up in England, his family was from the Sha Tau Kok village. Being the eldest son in the family, it is a tradition to go through the Chinese customary wedding.

The couple was dressed in a red outfit, and was welcomed by the relatives and villagers on that day. Myolie and Philip also went through a traditional ritual at the Li’s ancestral hall, and the whole process was conducted in Hakka.

Myolie said, “The ancestral hall is newly renovated and is very beautiful. The wedding’s officiator also spoke in Hakka. The whole ritual has a traditional feel. There is also unicorn dance, and this is a Hakka tradition.”

Myolie also laughed when a villager wished her to have 2 babies in 3 years. When asked about her baby plan, Myolie joked, “I hope to have 3 babies in a year!”

Myolie and Philip have also begun their 2-month honeymoon around the world, with the first stop in Japan, followed by Europe. 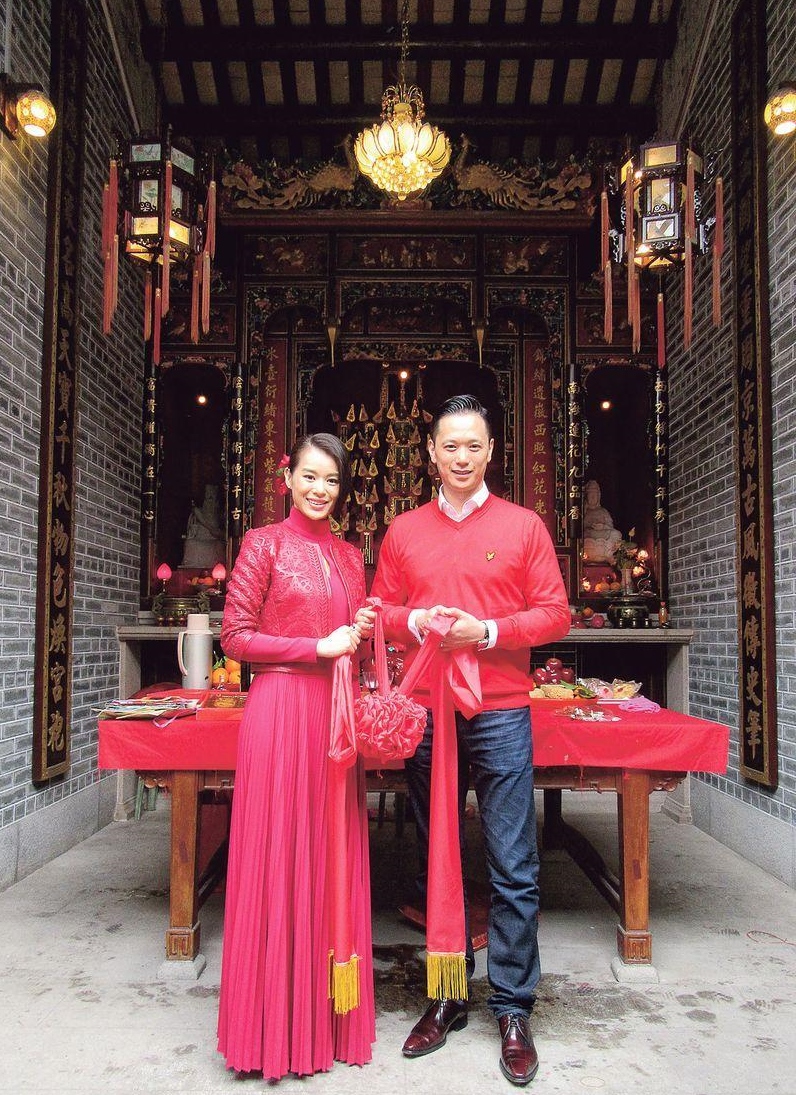 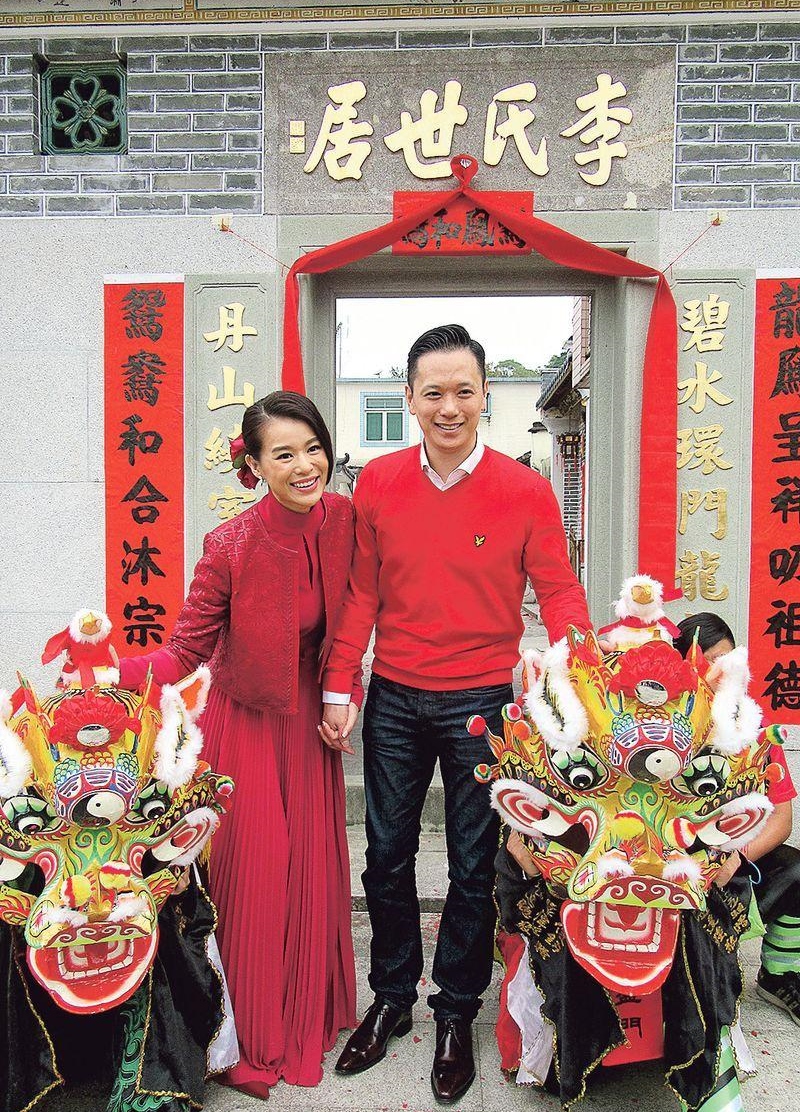 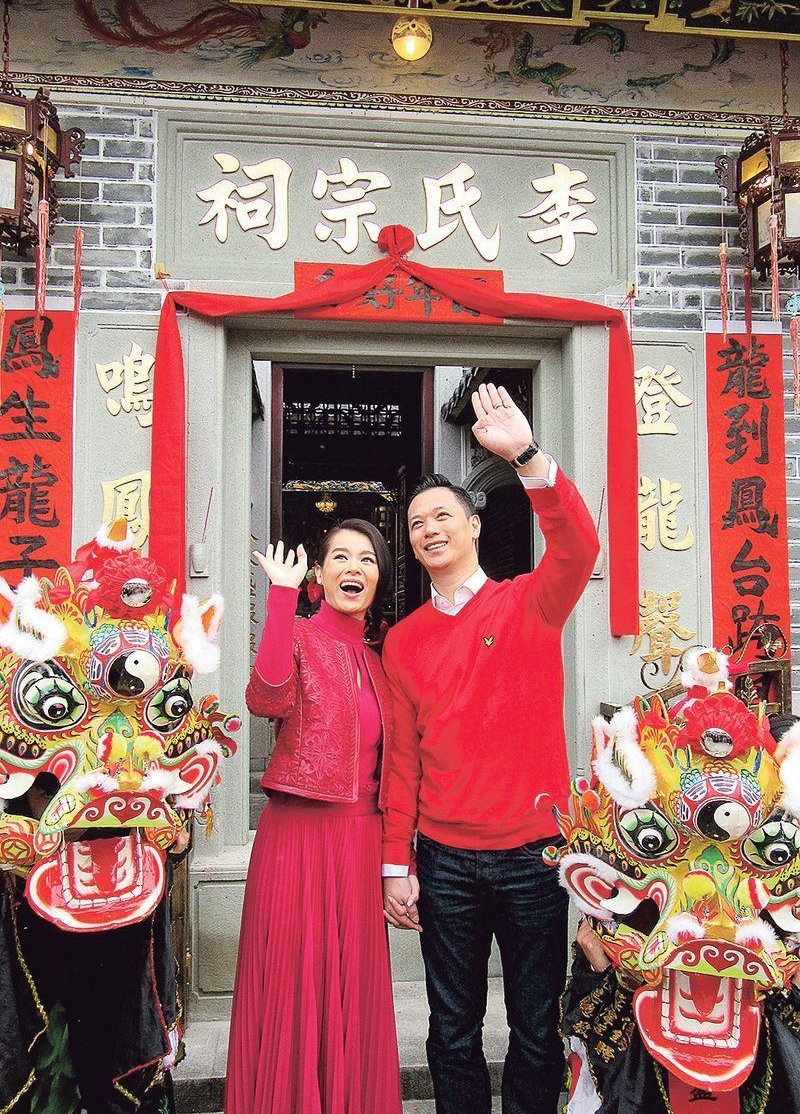 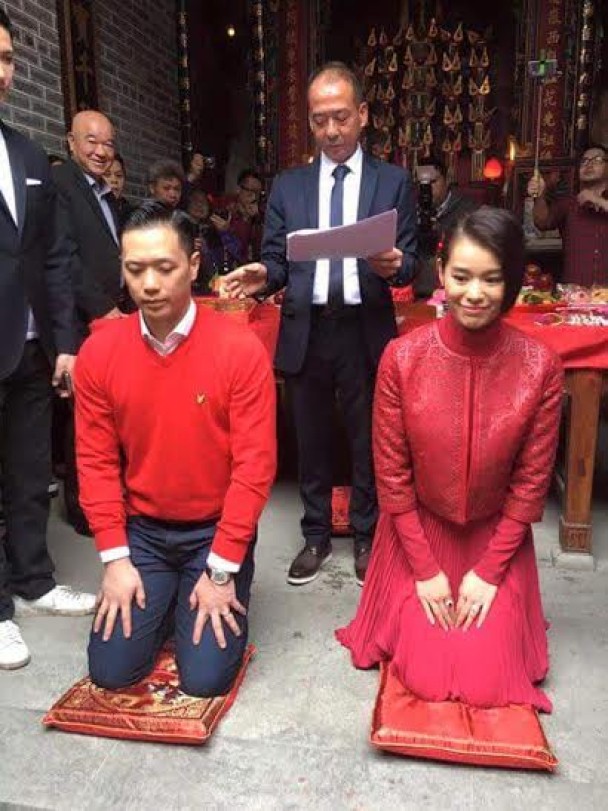 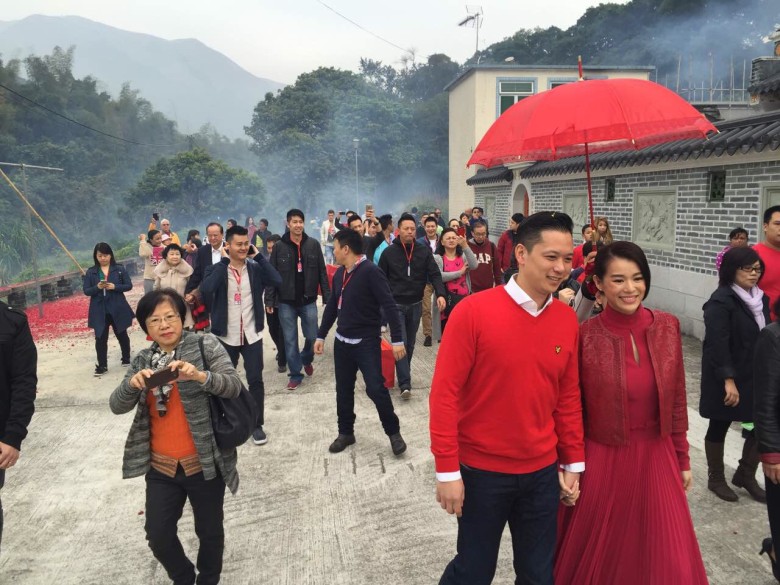