Myolie Wu promises her in-laws to “expand the family” 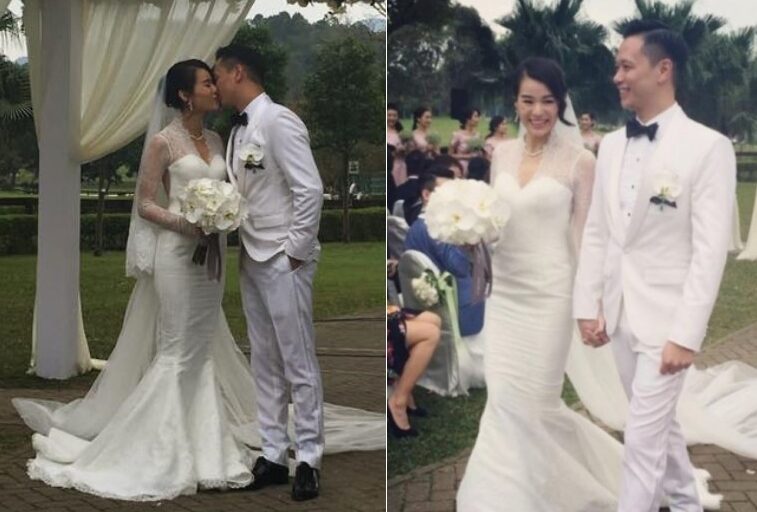 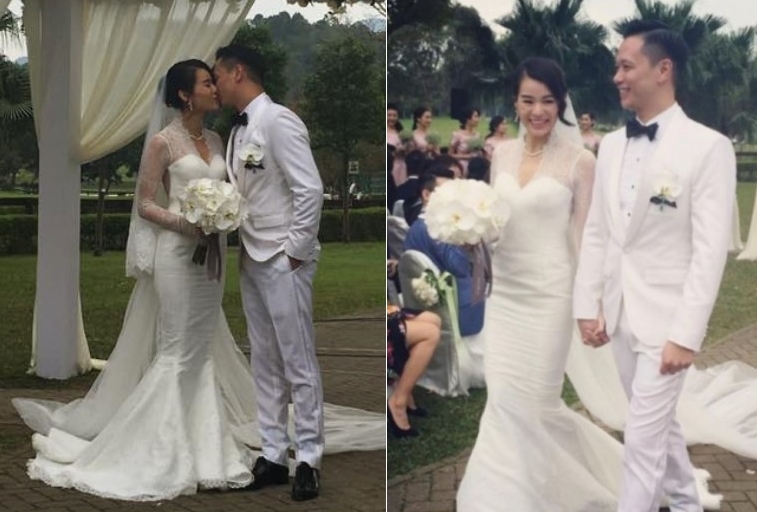 In the morning, the groom went to pick his bride with his entourage of groomsmen, and followed by two sessions of tea ceremonies for both families. Myolie also wore a valuable piece of HK$200,000 traditional wedding dress in the morning.

Myolie walked down the aisle with her father, and the couple exchanged their wedding vows in English. While reciting her vows, Myolie was so moved that she broke down in tears. 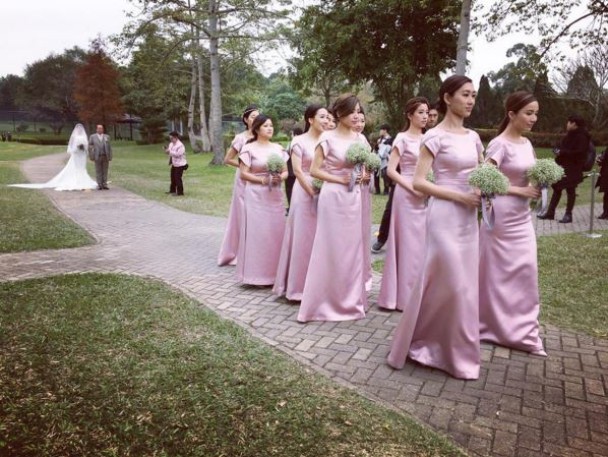 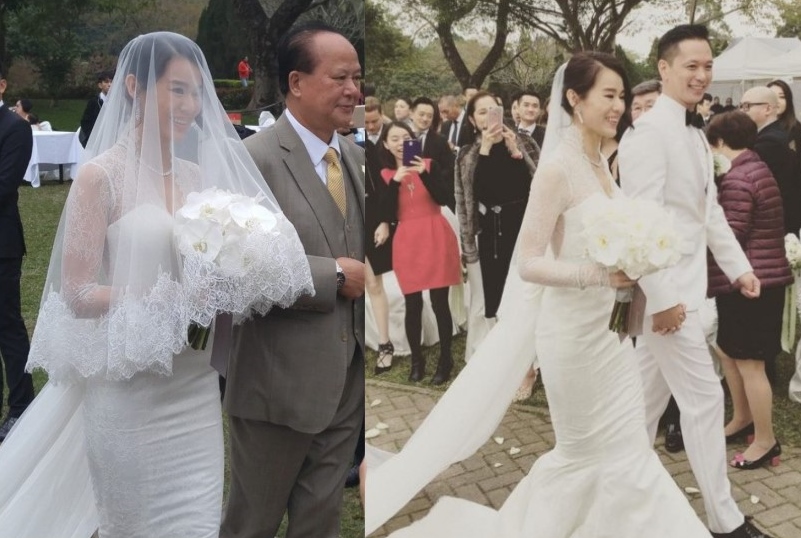 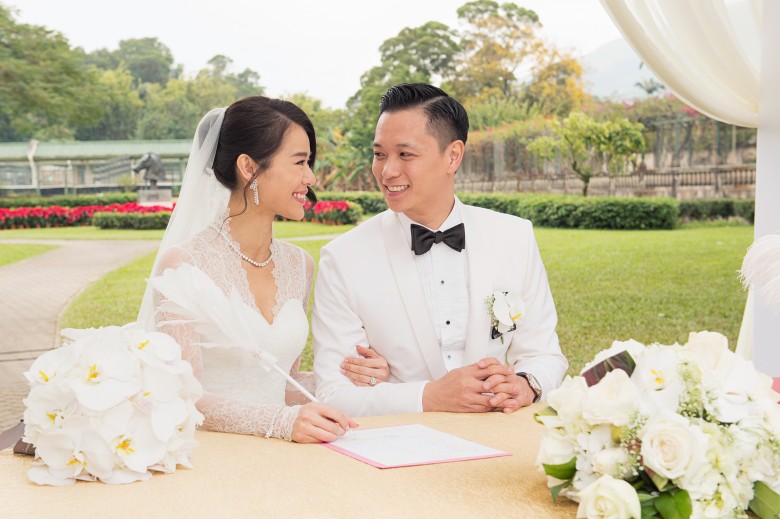 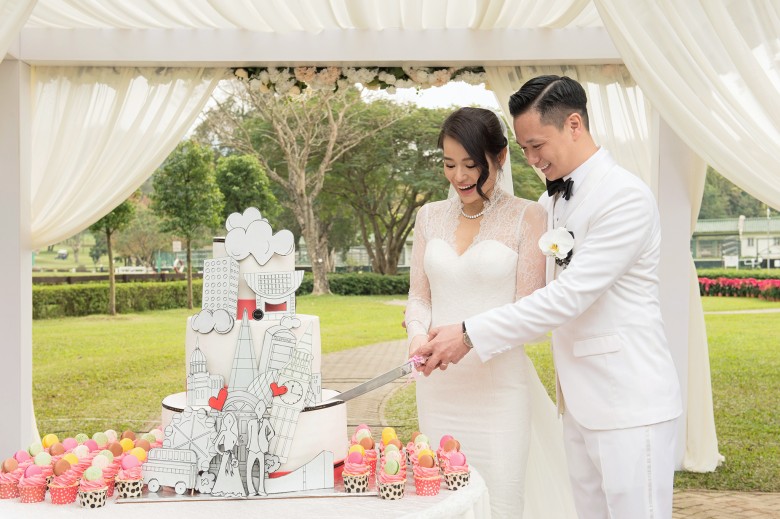 The couple then held their wedding banquet at the Ritz Carlton Hotel in the evening. During their march-in, Myolie and Philip looked like princess and prince, waiving to the cheery crowd. Veteran actress Liza Wang, who collaborated with Myolie in Wars of In-Laws <野蠻奶奶> was so excited that she stood up and kissed Myolie, and shook the groom’s hand.

While giving speeches on stage, Philip revealed how he met Myolie, and shared that he was very happy to marry her. Myolie also said that she was lucky to marry a good husband. She also spoke Hakka to thank her in-laws, and promised them that she would “expand the family”, and have a “chubby baby”.

The wedding was followed by a cake-cutting ceremony, and toasting on stage. 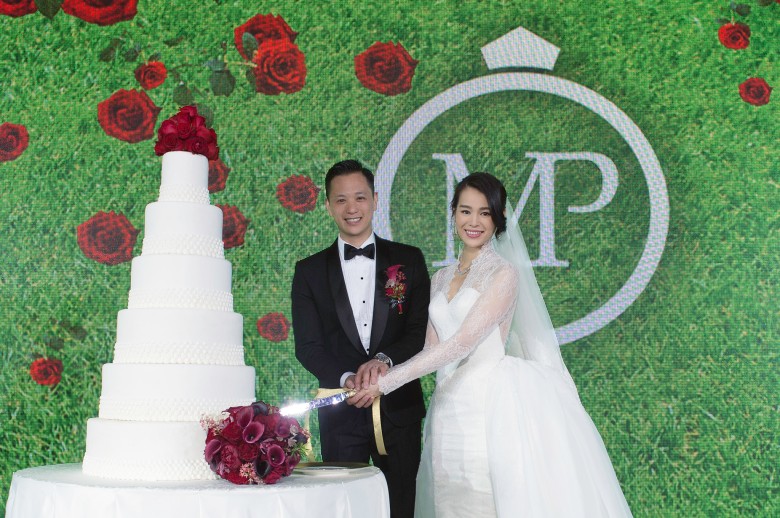 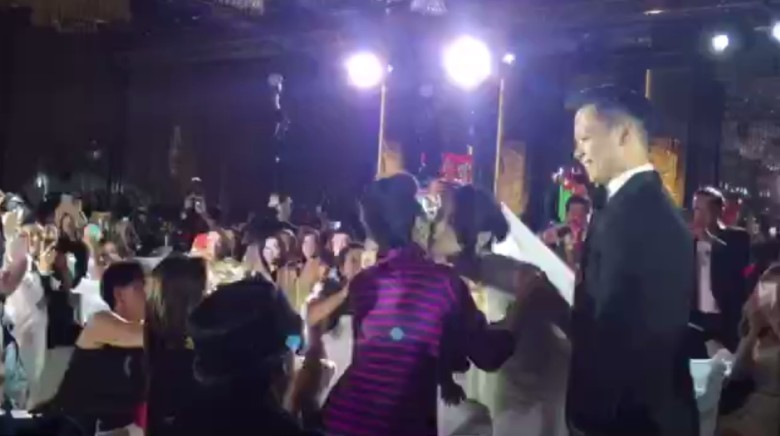 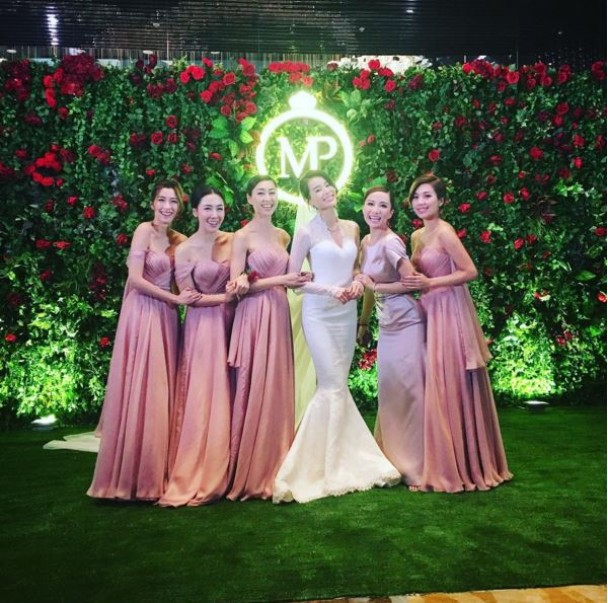 Myolie also accepted an interview before her wedding banquet without her husband. She said that her husband was too tired, and he was camera shy too. Asked if she was moved by her husband’s love declaration, Myolie said, “A little. It’s all very cliché words like “taking care of you forever”, “I love you”. All mushy words. I am not saying anymore!”

She also revealed that she cried during the signing of wedding papers, and was moved while reciting the wedding vows.

Asked on her baby plans, she said, “We have to talk this later. We wanted to experience our married life first. I had a lot of freedom in the past, but now I have to respect my other half. There are many things which we need to plan together. I have to get used to this new identity, but I am very happy. I feel that I am very lucky.”

Myolie has also received more than 20 bangles from the elder folks. She said that she would give her husband 100 marks.

When asked if her wedding expenses had exceeded HK$10 million, she said, “It can’t be but we have not calculated. My husband works very hard to earn money. He also said that he “bled a lot” this time. Everyone is happy as they said they waited a long time for him to get married. We believe the elders will return with a big favour.” 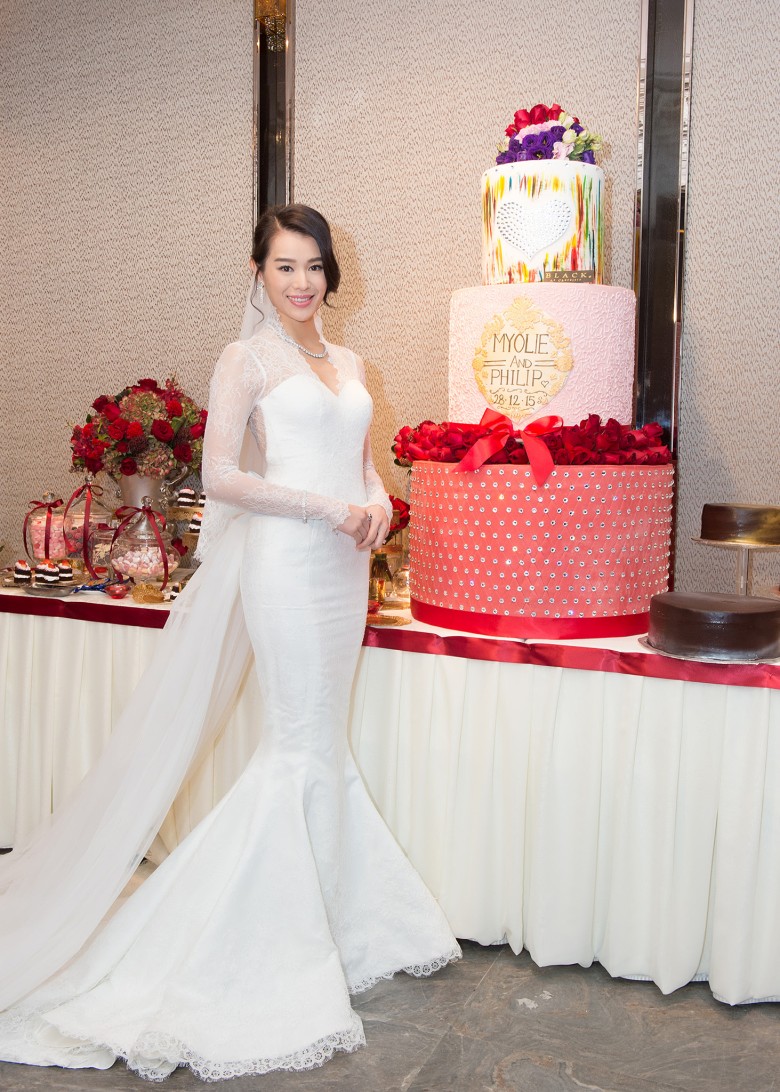 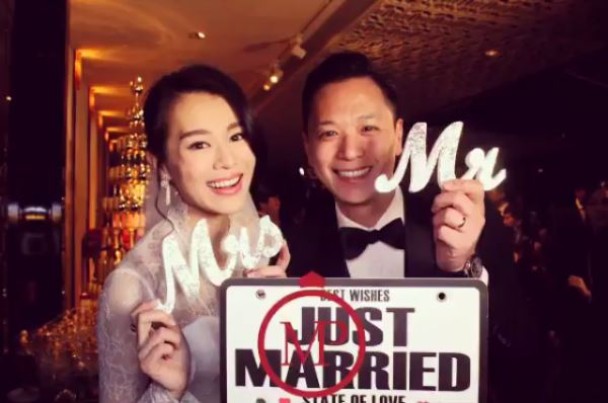 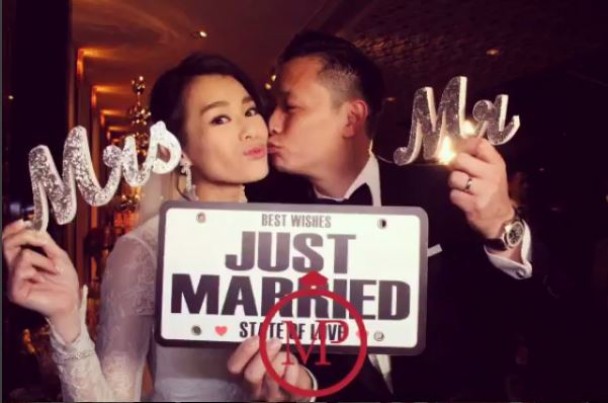