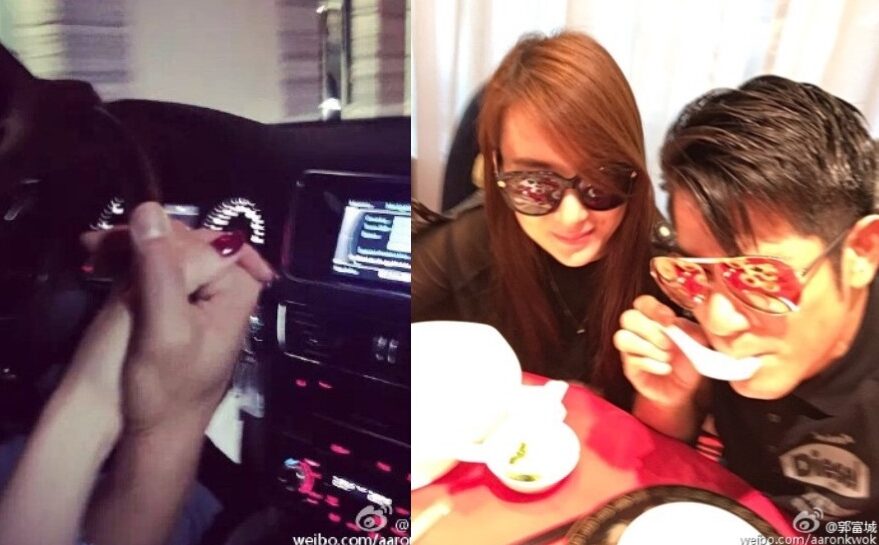 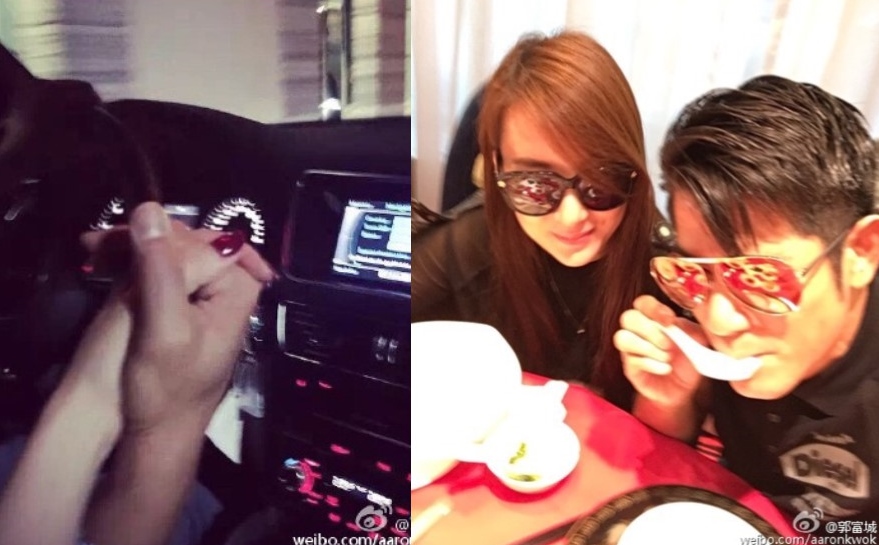 In the photo, Aaron was slurping soup while his girlfriend was smiling at the camera. He wrote on his Weibo, “This way we have to eat a little slower?”

Moka replied 15 minutes later and said, “Don’t be mischievous. Quick have your meal!”

Although there are many likes on his photo, the post also garnered more than 100,000 comments and largely criticisms from netizens. One netizen wrote, “Heavenly King Kwok, are you normal?”

One wrote, “Is your Weibo being hacked?”, while another one said, “When are you two breaking up?”

Throughout his career, Aaron has never publicly admitted any of his relationships. His open approach to his romance was unacceptable to some fans. Some netizens also could not accept the 23 years age gap between him and his new girlfriend.

However, there are fans who send their blessings to him. One fan wrote, “No matter what, I will give you my best wishes.” 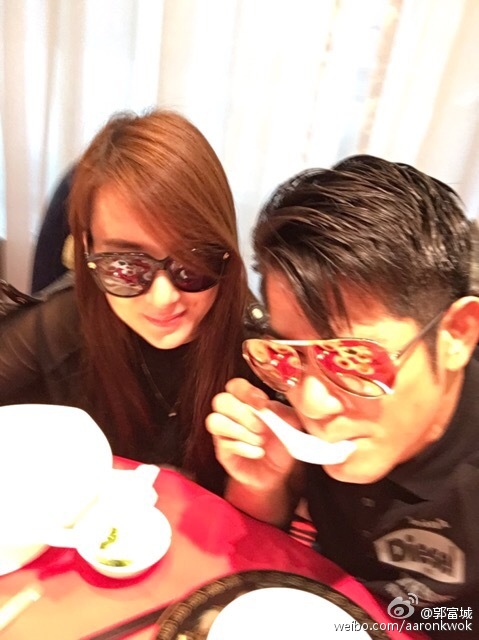