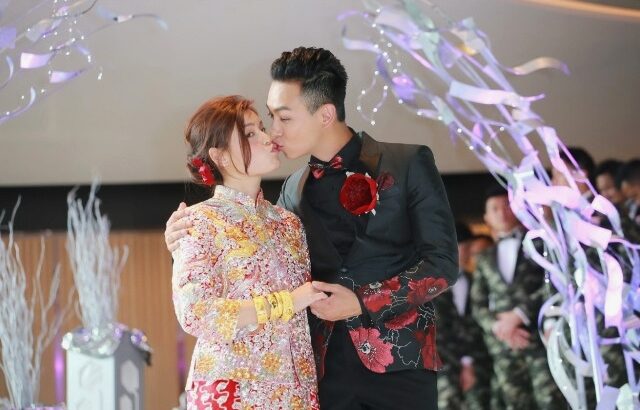 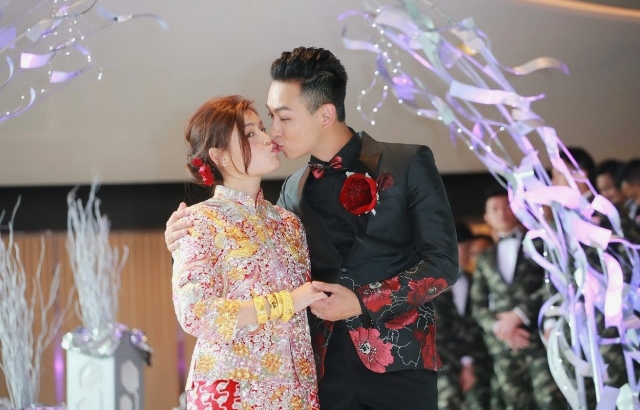 Ex-couple, Myolie Wu and Bosco Wong, who used to avoid each other at previous functions, also attended the banquet.

The 52-table banquet was held at InterContinental Hong Kong and it was a space themed wedding. The bridesmaids and groomsmen which made up of an entourage of 32 people, included Nancy Wu, Sharon Chan, Cherrie Ying, Benjamin Yuen and Bob Lam. 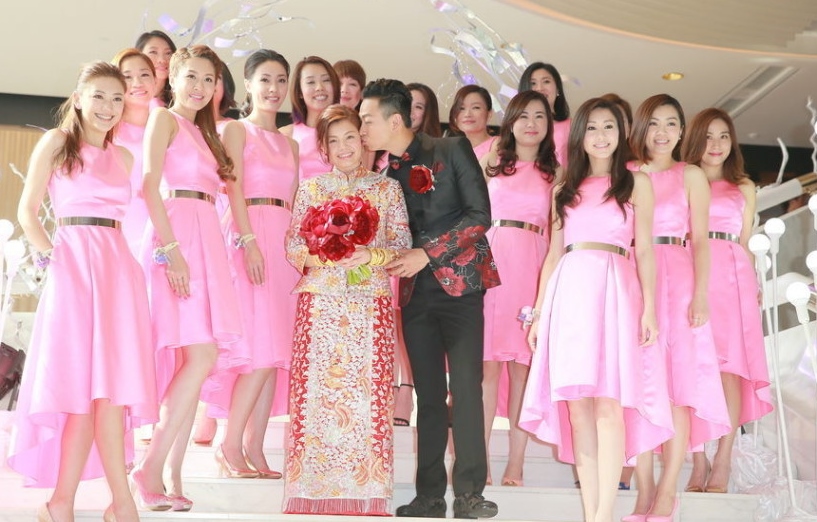 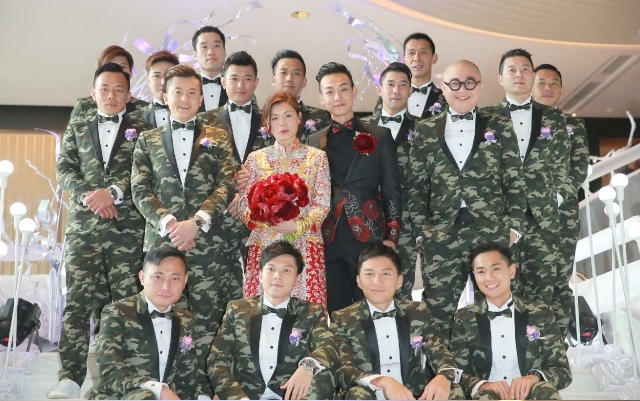 Oscar said that during the wedding gate-crash, he and his groomsmen faced very fierce bridesmaids. “We knocked for 20 minutes and there was no response. When we opened the door, they directly asked us for red packets. When we did not give, they made us drink hard liquor. Everyone was floating after that.”

Oscar revealed that his father was teary during the tea ceremony, and hoped that they would give him a granddaughter soon, as he always hoped to have a girl in the family. 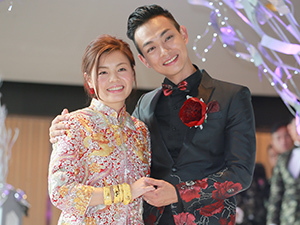 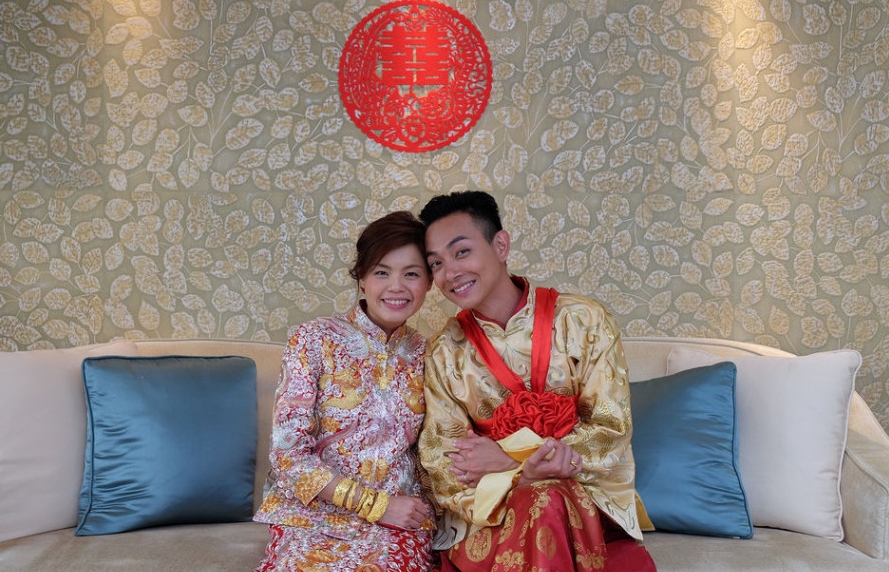 Bosco said that he was supposed to be one of the groomsmen, but eventually had to decline due to his busy schedule. When asked to comment on Myolie whose contract would be ending soon with TVB, Bosco said, “I didn’t know. She is a grown up and has the right to choose. Even if she does not renew her contract, she still can have a good working relationship with TVB.”

Asked if he would be finding a girlfriend soon since Myolie had already found her Mr Right, Bosco said, “I will ask her later when she is getting married. If you guys have any good girls, you can also introduce to me!” 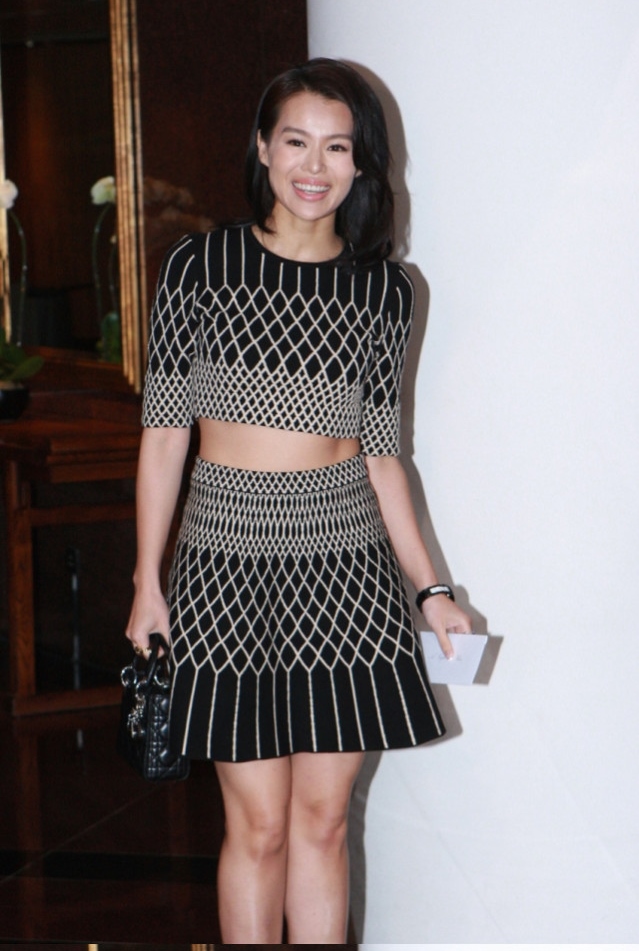 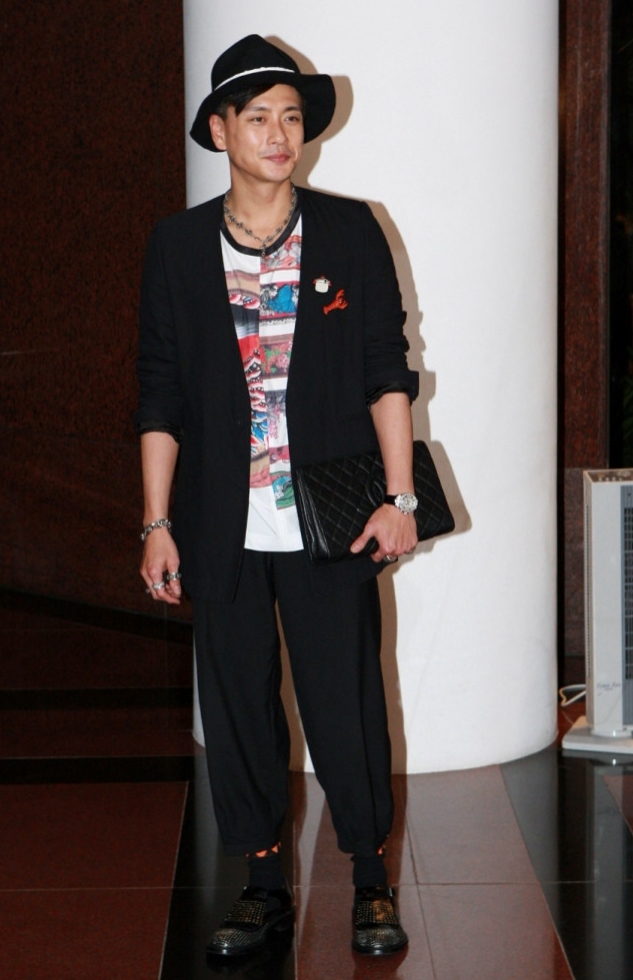 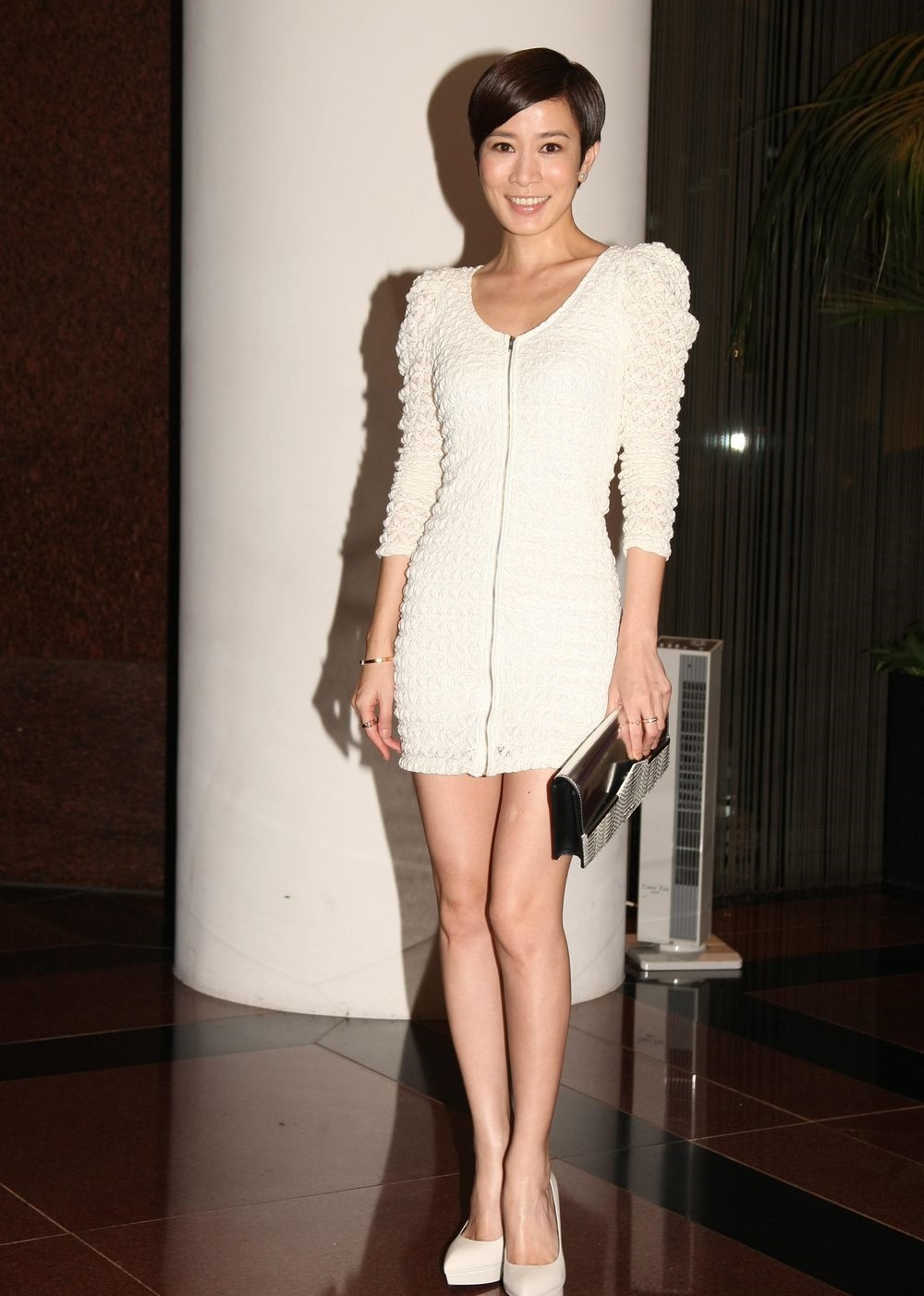 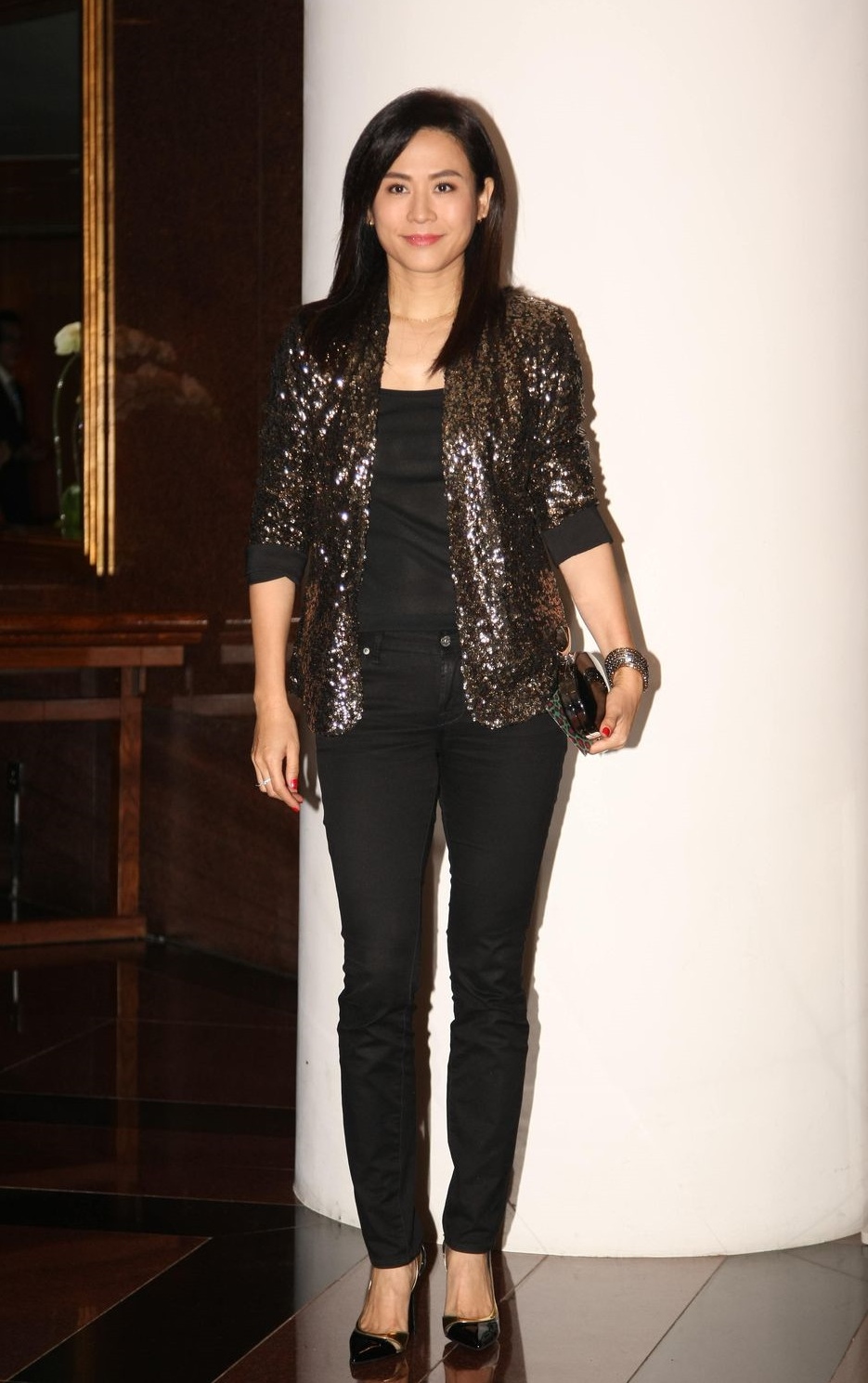 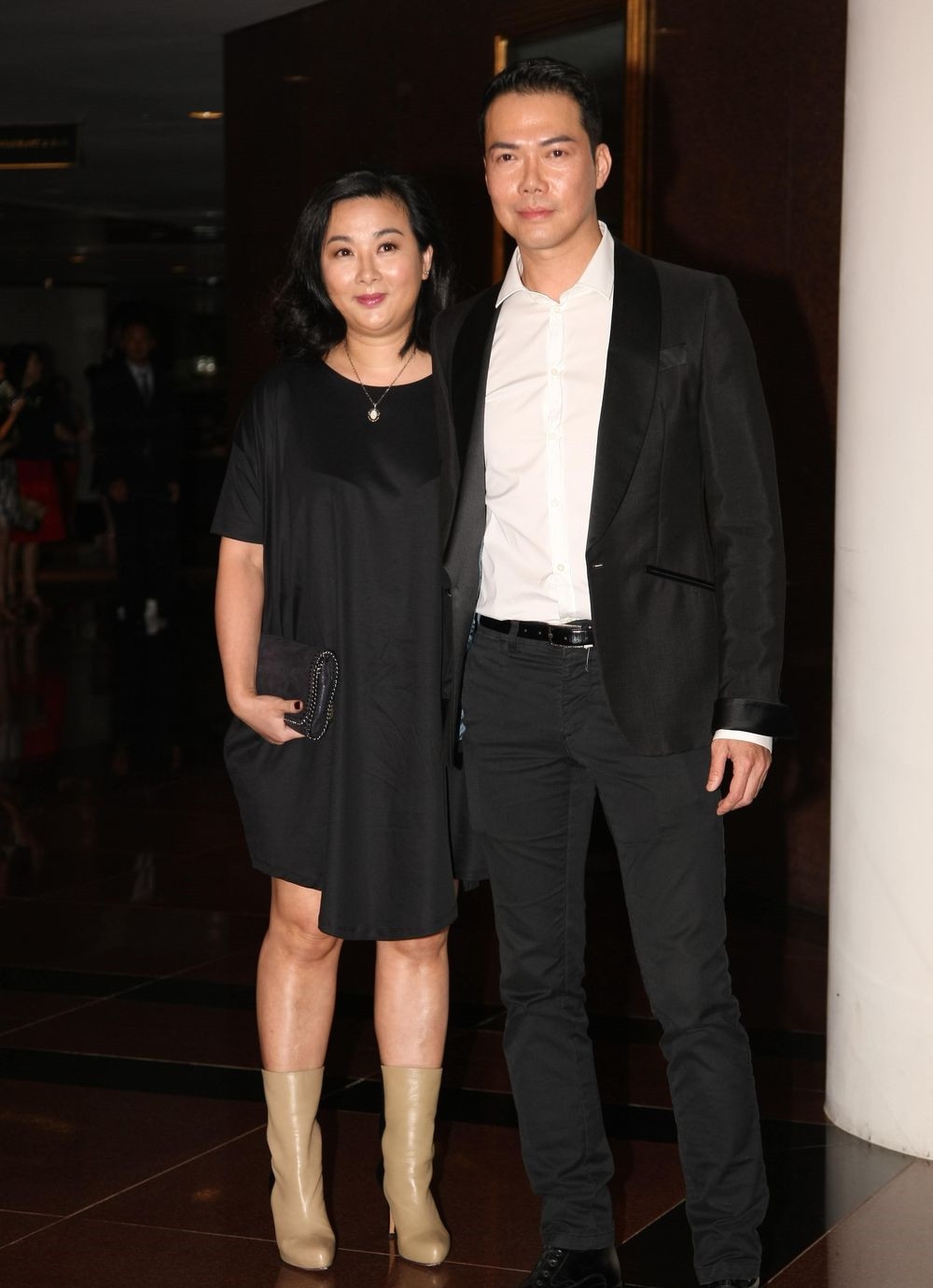 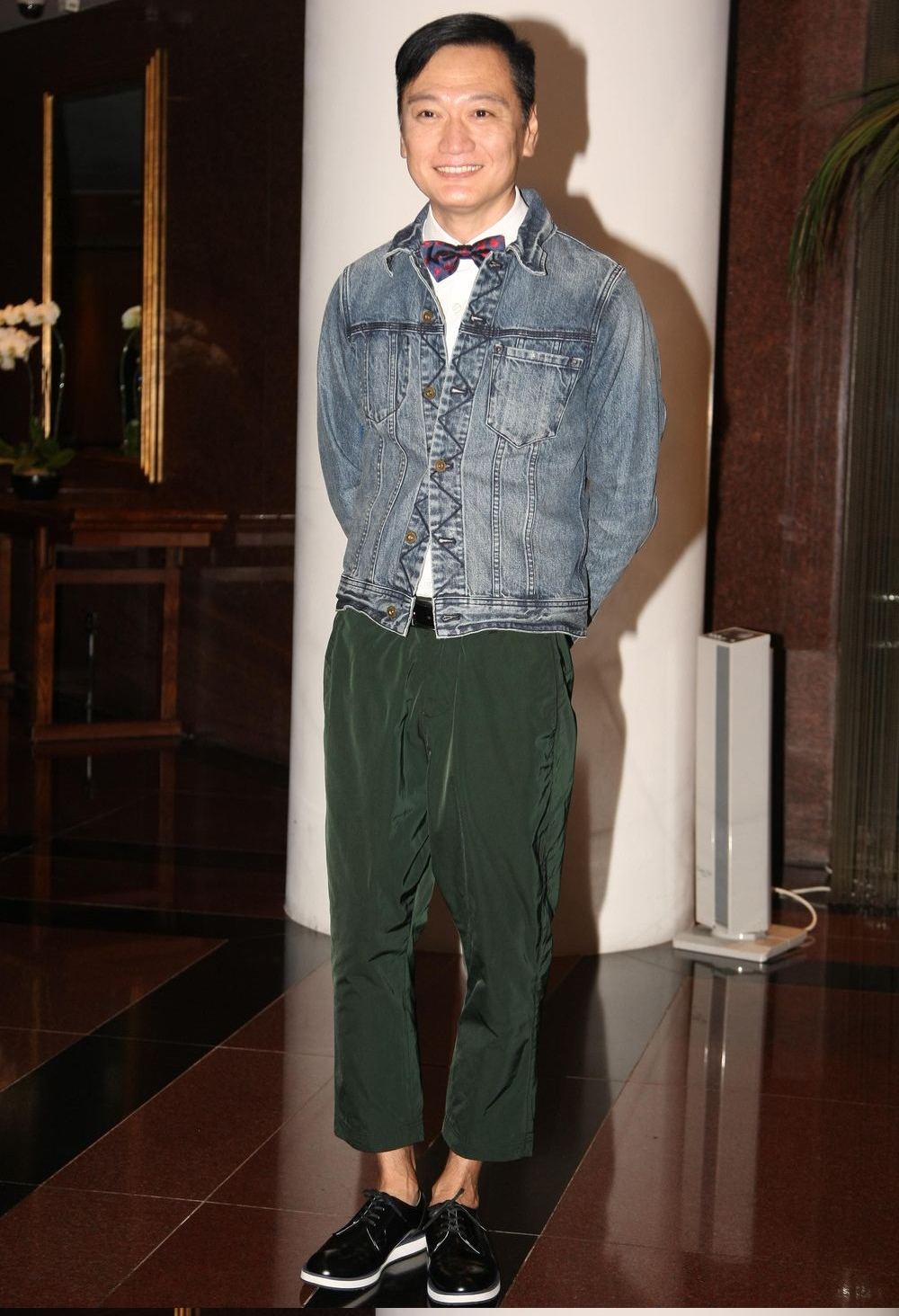