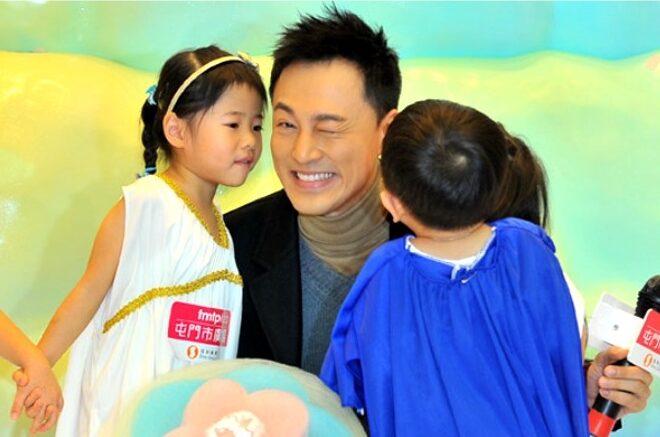 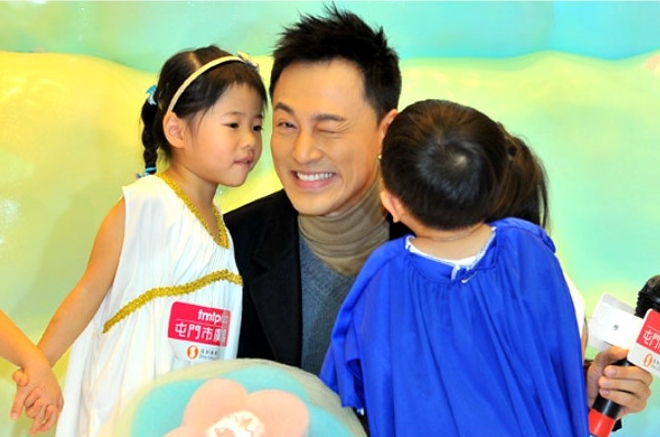 Recently, Raymond Lam was presented gifts by a pair of boy-girl twins at an event.

When he saw the twins, his eyes immediately lit up and he was happy receiving kisses from the cute twins. Raymond expressed that he liked kids very much, and hopes that in future, he would be able to have a pair of boy-girl twins too. He said that this would lessen the burden on the mother.

Raymond also shared that he had been busy preparing for his new album in the second half of this year, and that he would spend the Christmas working. His girlfriend Karena Ng would also be busy filming in Korea too. Hence, they would most likely not be spending Christmas together.

Last month, Raymond flew to Korea to celebrate Karena’s birthday. “Our filming schedules are often not fixed. Luckily, I am able to meet her for a meal that day.”

TVB has earlier announced that they would be filming the popular series, Line Walker <使徒行者2> in a movie version. However, Raymond was not seen in the publicity poster.

Raymond said that he had declined the role in the Line Walker movie.

“I feel that the viewers would still prefer the series, and prefer to see the developments in each episode. In a movie, the story will be over within 2 hours.”