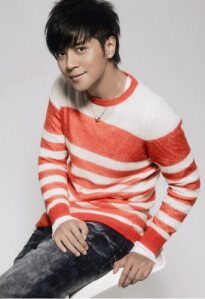 Admist the Diaoyu Islands disputes between China and Japan, Show Luo (羅志祥) announced to halt his promotional tour in Japan.

As Show had received overwhelming responses from his previous Japanese single, he planned to develop his singing career into Japan. Show’s Japanese album is set to release this coming Wednesday and he will have two ticketed concerts in Tokyo on 29-30 September 2012.

Show is scheduled to travel to Osaka on 27th September for his album promotional activity and then proceed the next day to Tokyo for his concert rehearsals.

As the tensions intensify between the two countries, Show’s fans have pleaded for him not to carry on with his Japanese promotional tour. Some fans left messages on his micro-blog, “Please do not go! It’s very dangerous!”

The cancellation of the promotional activity and concerts will cost Show approximately TW $10 million which includes venue rental and stage set-up.

Asked if he found it a pity to stop his singing career in Japan, Show responded, “I do not think it’s a pity. It’s really not appropriate currently (to carry on the Japanese promotions).”

Show also expressed through his manager that he would put a stop on all his Japanese promotions until the disputes between two countries is resolved.