Show Luo to Anthony Wong: “I am not dung and my fans are not flies” 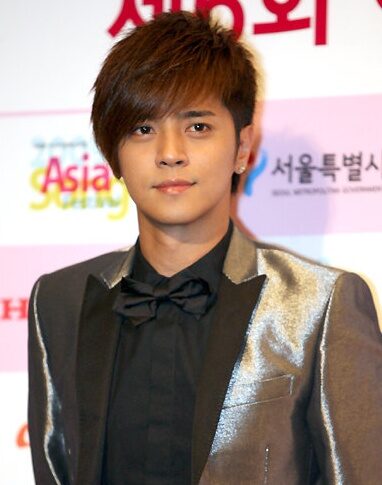 In June, Anthony Wong (黄秋生) was bombarded by Show Luo’s (罗志祥) fans when he wrote on his Weibo, “Who is Show Luo?”

Anthony asked the question when fans of  his godson, Jay Chou made a dig at Show for kissing his mother on stage. Show eventually had to publicly apologised twice to the veteran actor on behalf of his fans.

Recently, Anthony infuriated Show’s fans again when he used the analogy of “Flies and dung” to describe the incident. Asked if he really did not know who Show Luo was at a recent television interview, Anthony replied candidly, “You asked me to say his full name, I really can’t say it out. What Luo? There are so many artists, am I a dictionary? Do I know all of them?”

Anthony added, “I have not worked with him before, of course I won’t know. I don’t read newspapers and magazines. I also do not like listening to pop music. Of course I know who Andy Lau is. How will I know who is Show Luo?”

Anthony also mocked at Show’s fans and said, “If those are your supporters, you will be terrible. When a cool idol walk out and his fans are idiotic, does it make sense?”

The candid actor also cited an analogy to describe Show’s fans obsession with their idol, “It’s just like when the flies see a pool of dung on street and they will swarm onto it. When a passerby walks by, the flies will hate him and worry that someone will snatch away from them. Who will want to snatch away your dung?”

At a dance audition for his concert, Show responded that he respected the veteran actor but defended his fans, “I love my fans very much and they are not flies.”

Show also posted on his Weibo, “I am not dung! Of course my fans are not flies! They are not idiotic too! If you know how to respect others, others will respect you too!”

On the same day, Anthony wrote on his Weibo, “Since everyone is not happy, I will leave. Anyway, Weibo is like a dust in the life.”