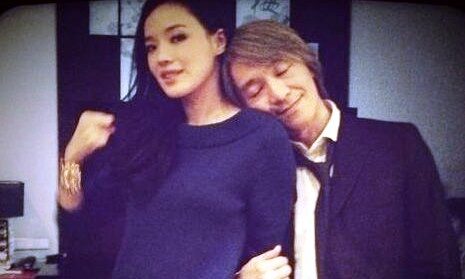 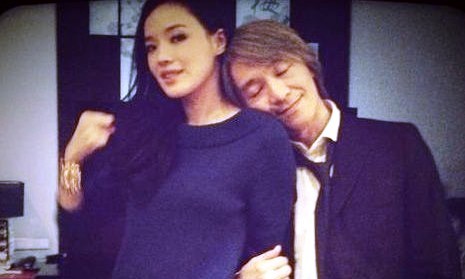 Tabloids reported that Stephen Chow was using the movie, A Chinese Odyssey <西游·降魔篇> to get close to Shu Qi.

As Stephen is known for his preference to recruit newcomers, the leading actress role was originally given to a Chinese actress. An insider revealed, “The leading role was initially given to an unknown mainland actress. Stephen eventually eyed on Shu Qi and had to spend more than ten thousands to terminate that actress’ contract. He also promised that he would cast her in his next movie”.

Shu Qi, at a recent movie publicity, also disclosed, “When he (Stephen) called me, he asked, ‘I heard that you have some spare time recently. Do you have time to date me?’ I originally did not want to take on the movie, but I was attracted to the script and agreed”.

Stephen originally wanted to invest and remake his 1994 blockbuster duology, A Chinese Odyssey and invited new director, Derek Kwok to film the movie. During the filming, Stephen reportedly vied to direct the movie and cast Derek aside, so that it was easy for him to get close to Shu Qi.

Halfway through the filming last year, Stephen released a statement and said, “Stephen has affection for A Chinese Odyssey. The script is written for three years, hence he decides to co-direct the movie with Derek”. However, at the recent movie promotion, Derek’s name was not mentioned and he did not appear at the publicity event too.

Sources revealed that Stephen and Derek often had conflicts during the movie filming. The insider said, “Stephen said that he would give Derek a free hand but in the end, he had the final say. He even decided on the actors’ standing positions. Derek had no say at all”.

“When Stephen arrived at the film set, all the crew knew that they would end late. There were often many scenes that needed to re-shoot. It was only when Shu Qi was around, Stephen would wrap up the filming on time even if he arrived very early. Everyone could see that he was after Shu Qi. They would head off for a meal together after work. Shu Qi’s role was supposed to be directed by Derek, but Stephen was fighting to teach her. Derek was so bored after he was cast aside. Towards the end of the filming, Derek was so angry that he just walked off”.

Although Derek had always regarded Stephen as his idiol, he reportedly said that he would not work with him again.