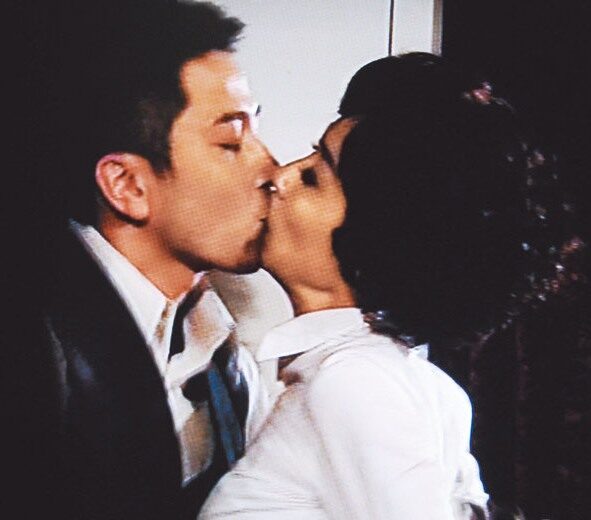 TVB anniversary drama, Silver Spoon, Sterling Shackles explores the theme of women tussle in an influential family. The plot revolves how the four wives of a wealthy man (played by Damian Lau 劉松仁) vied for their husband’s attention within the household.

Elena will also have an intense kissing with Ron Ng (吳卓羲), who is 8 years younger than her. “I have a kissing scene with Ron which lasted almost a minute. As everyone is very professional, we wrap up the filming quickly,” said Elena.

Elena also shared that she had another daring performance!

Ron has affair with Kenneth’s wife

Besides having an affair with Elena, Ron also gets intimate with Rebecca Zhu (朱晨麗), who played Kenneth Ma’s (馬國明) wife. Newcomer Rebecca has a love triangle with Ron and Kenneth.

In the drama, Rebecca has to take the initiative to consummate with Kenneth. After learning that Damian is her arch enemy for causing the death of her father, Rebecca then starts an affair with Ron.

Asked about his intimate scenes, Ron said, “Elena led me with the scene! Rebecca is still a newcomer and we only took one take. There are not much feelings.”